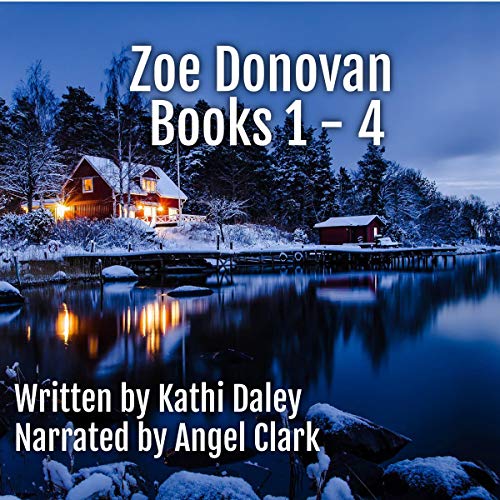 Amid a backdrop of zombies on the run and Halloween festivities, animal control officer Zoe Donovan is faced with losing something she loves in order to save someone she loves when she finds a dead body in the basement of a haunted house just two days before Halloween.

With the help of her best friends Levi and Ellie and her dog Charlie, she delves into a mystery as complex and multilayered as the feelings she develops for her ex-nemesis Zak Zimmerman.

Halloween Hijinks is the perfect recipe, combining holiday fun with a touch of humor, a pinch of romance, and a dollop of murder.

The Trouble with Turkeys:

Zoe becomes entangled in a complex murder case involving a dead miser, tipsy turkeys, and an eclectic cast of edacious heirs, when she agrees to help Jeremy in his temporary job at a nearby turkey farm, two weeks before Thanksgiving.

Every year, between the dates of December 1 and December 24, a strange and wonderful insanity hits Ashton Falls. Most refer to this phenomenon as Christmas Spirit, but Zoe has been around long enough to know that spirit usually translates to insanity, which brings on a phenomenon she likes to refer to as Christmas Crazy.

After hometown Christmas is threatened when Santa is killed four days prior to the annual event, Zoe is pulled into a murder investigation with more twists and turns then the narrow road leading to the valley below.

When Cupid comes to town, it seems everyone’s relationship is in for a challenge. Not only does Zoe suspect that her dad’s new girlfriend is really a killer, but Zoe is the only one who believes that her soon-to-be evil stepmom is guilty of such a dastardly deed. Add that to the fact that Zak clearly has a secret, Jeremy’s baby mama is making his life as miserable as her pregnancy is making hers, Levi’s girlfriend Barbie is on a rampage, and Ellie is caught in a brotherly love triangle, and you have a Valentine’s Day disaster in the making.