Get into the Mind of Detective Murdoch with Yannick Bisson 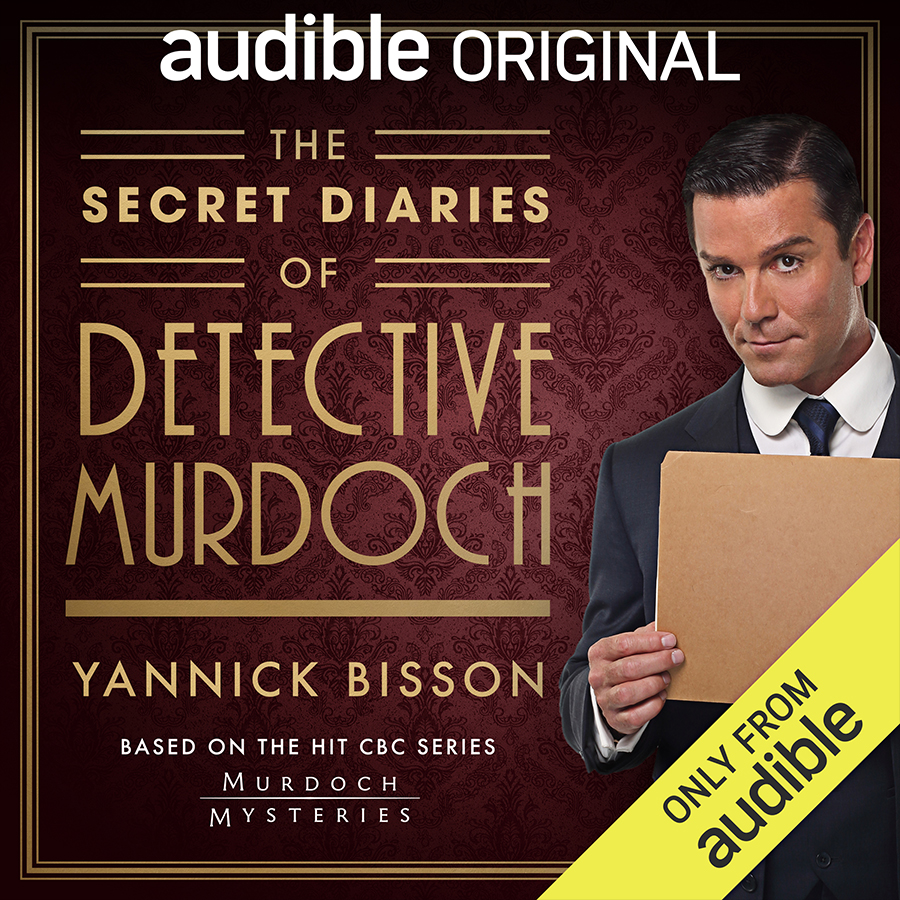 “My name is Detective Murdoch, of the Toronto Constabulary. These are the personal diaries I have kept since 1895.”

These lines begin each episode of the new Canadian Audible Original series, The Secret Diaries of Detective Murdoch. However, the introduction soon reveals another side of him: a complex emotional and intellectual inner-life that needs to be expressed.

The famous detective may have trouble wearing his heart on his sleeve around his peers, but unlike the TV show, in the privacy of his personal diaries, he doesn’t hold back.

Welcome to the World of Murdoch

Detective William Murdoch is Canada’s most celebrated fictional detective – the Sherlock Holmes of the True North. But while he calls Canada home, the character has fans across the globe. For 13 seasons (soon to be 14,) fans of CBC’s hit Victorian-era TV series, Murdoch Mysteries, have followed Murdoch through numerous investigations, personal tribulations and relationships.

Now, Audible Canada is thrilled to announce a new title in its Canadian Audible Originals slate: the 10-part series, The Secret Diaries of Detective Murdoch. For the first time, fans and newcomers alike will get a glimpse of Canada’s most famous fictional sleuth as they’ve never seen him before.

A must-listen for fans of Murdoch Mysteries, as well as lovers of mystery and thriller audiobooks, the new Canadian Audible Original series offers listeners a front-row seat to the famously reserved detective's thoughts and feelings. The diary entries, written during or just after some of his most famous cases and significant life events, go into great detail about his complex family relationships and conflicted faith, his loving devotion and stinging heartaches. And, of course, the cases themselves.

To celebrate the release, we’ve put together this article: part introduction, part teaser of the new series (we don’t want to spoil it all for you). Here, you’ll find everything you need to know before you crack open the diaries. Who is Murdoch? What will the new diaries reveal about the famously close-to-the-chest detective? And who’s the man behind the badge, Yannick Bisson?

Coif your hair, tighten your tie and don your Toronto Constabulary badge – we’re heading into the mind of Murdoch!

Who Is Detective Murdoch?

Buttoned-down, tight-lipped, unfailingly logical, with a mind like a steel trap and a knack for deduction: William Murdoch is, in many ways, the perfect detective. But the same qualities that make him fantastic at solving crimes also make it hard for him to connect with people emotionally.

The character was inspired by real-life Toronto detective John Wilson Murray, whose 1904 book “Memoirs of a Great Detective” caught the eye of Murdoch Mysteries creator, Maureen Jennings. While Murray and Murdoch share a few things in common (a fondness for scientific method, a dogged determination to sniff out the truth) Murdoch is a character unto himself now. A fully realized detective with 13 TV seasons and 10 audio episodes of backstory behind him.

Born in 1863 in Nova Scotia, the son of poor, Roman Catholic parents, Murdoch didn’t have an easy childhood. His mother died when he was young, and his relationship with his father was fraught with complications. He took solace and pleasure in modern science, honing the skills that would later serve him throughout numerous cases at the Toronto Constabulary Station House No. 4.

If there’s one person who can get Murdoch to open up – to express his reserved feelings and show his human side – it’s Dr. Julia Ogden, whom Murdoch considers his equal in every way. In the TV series’ second season, the two spark a star-crossed romance, complicated by past revelations, religious differences and other relationships. If you’re new to the show, we won’t spoil the will-they-won’t-they for you – you can find out for yourself by listening to The Secret Diaries of Detective Murdoch!

The Diaries of a Tight-Lipped Detective

You can expect to learn more about other famous Murdoch Mysteries characters too. Fearsome foes like Eva Pearce, James Gillies and the dreaded Mimico Newsomes make appearances. Murdoch’s staunchest allies, including Inspector Brackenreid and Detective Crabtree, easily make their way into Murdoch’s diaries (usually in a flattering light.) And, of course, what’s a diary without a few passages about love – in this case, for Dr. Julia Ogden.

Need a little more info to whet your Murdoch appetite? Here are a few short teasers for some of the series’ most revealing episodes:

Whether you’re listening alongside the TV show or picking up the audio series all on its own, you’re going to love The Secret Diaries of Detective Murdoch. 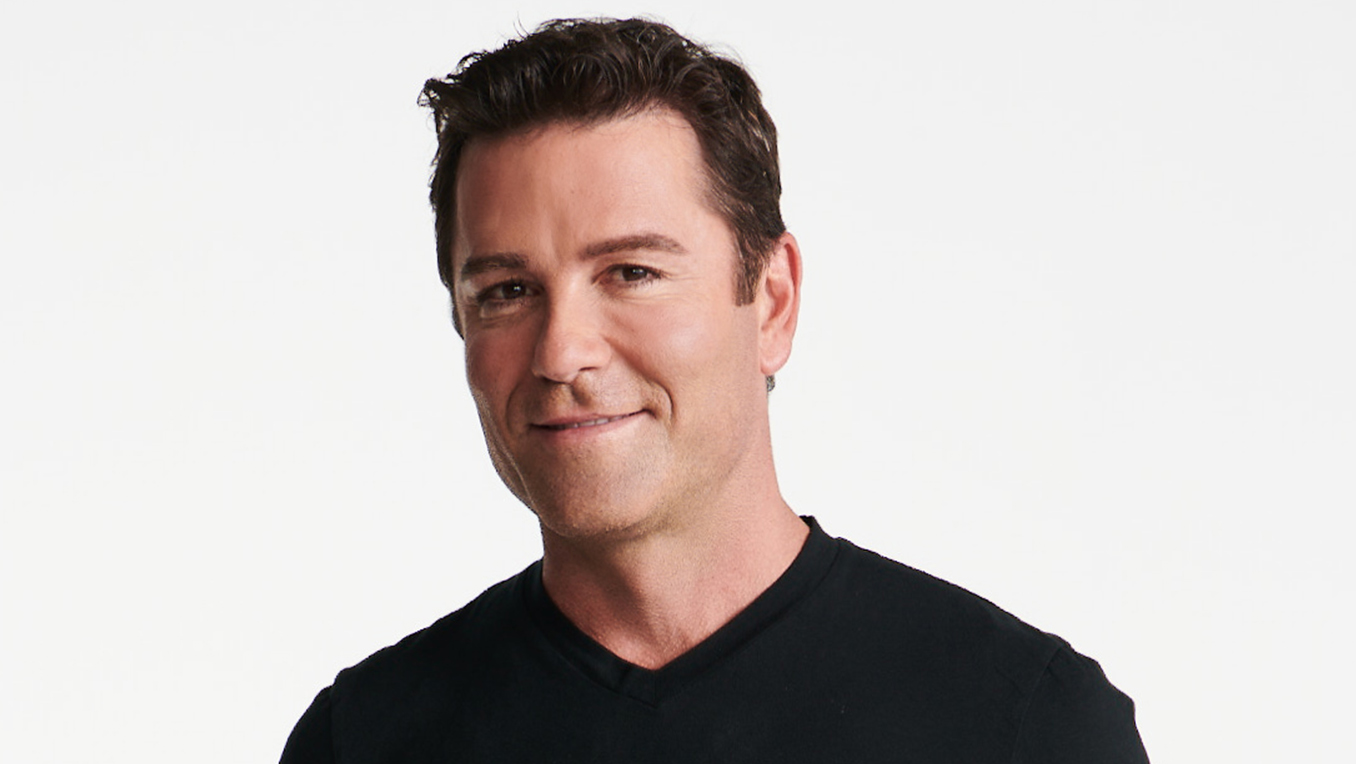 Meet Yannick Bisson: The Performer Behind the Badge

If there’s one name synonymous with the Murdoch character, it’s Yannick Bisson.

Bisson has wowed global audiences for 13 seasons of Murdoch Mysteries with his nuanced, powerful portrayal of the titular detective. For his performance, Bisson scooped up the Fan’s Choice Award at the Canadian Screen Awards – a testament to his popularity among viewers.

When he isn’t wearing the Toronto Constabulary badge, Yannick Bisson can be found gracing the reels of numerous films, including Casino Jack and Year by the Sea. For his outstanding contributions to the industry, Bisson received the ACTRA Award of Excellence in 2017.

In The Secret Diaries of Detective Murdoch, Bisson reprises his role as Detective Murdoch, lending his assured voice and keen emotional range to the stories. The diaries are also interspersed by clips from the TV series, featuring series regulars like Thomas Craig as Inspector Brackenreid, Helene Joy as Dr. Ogden and Jonny Harris as Detective Crabtree.

If you’re on the hunt for an exhilarating companion piece to Murdoch Mysteries, we’re happy to report that you can close the investigation. The Secret Diaries of Detective Murdoch is the perfect complement to the TV series. And mystery fans unfamiliar with Murdoch Mysteries will also enjoy the 10-part audio series, which is chock-full of electrifying investigations and formidable foes.

What are you most excited to hear about in Detective William Murdoch’s diaries? Join the conversation on Facebook and let us know!