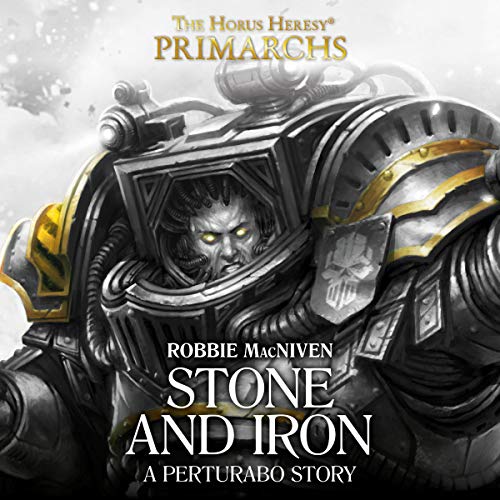 The 33rd Grand Battalion of the Iron Warriors, newly raised and seeing battle for the first time, have the honour of the primarch himself, Perturabo, leading them. But the Hammer of Olympia is there for more than just battle - he is evaluating his new officers and deciding their fates.

And with a force of Imperial Fists allied to their cause, Perturabo sees the perfect opportunity to teach his new warriors the difference between the stone of the VII Legion and the Iron of his own.

very well performed. short but enjoyable. entertaining and a nice insight into the legions. The voice acting is very good.

My only lament is that it is a short story. The IV legion as they are, ruthless and efficient.

not bad not good, decent though don't know what I was expecting it exactly but again it was a decent short

all I can say is, IRON WITHIN.listing to this shows me why I love the primarch perturabo is my true leader and I wish that he didn't "fall" to chaos.