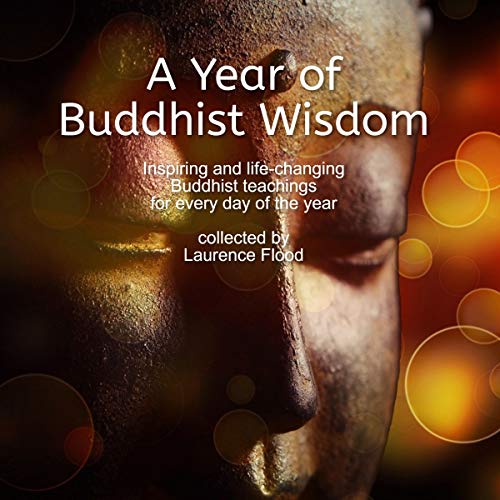 A Year of Buddhist Wisdom

Written by: Laurence Flood
Narrated by: Hosanna Boulter
Try for $0.00

Drawing on classic Buddhist teachings such as the Dhammapada, as well as lesser known texts such as the Buddhist Bible (much loved by Jack Kerouac), the Amitabha and the She-rab Dong-bu (The Tree of Wisdom), this book contains many profound and potentially life-changing ideas.

Buddhism has been in the minds, hearts, and lives of men and women since the first historically recorded Buddha reincarnated in ancient India. The person we know today as the Buddha, who is also known as Shakyamuni and Gautama, has been revered and honored for over 2,500 years. His profound teachings have given hope and meaning to the lives of countless millions of people right up till the present day.

But, just like us, he was just another fragile human being, filled with hopes, dreams, fears, and concerns for the people around him and for the environment. We are not told who his spiritual teachers were, but like us today, he must have searched for the wisdom that he needed to attempt to explain his purpose in life and his place in the vast universe.

Many of the quotes you will find in this book are from the mouth of Gautama Buddha, also known as Shakyamuni. Teachings in those ancient times where almost always oral and passed on from student to student and hence generation to generation.

What listeners say about A Year of Buddhist Wisdom