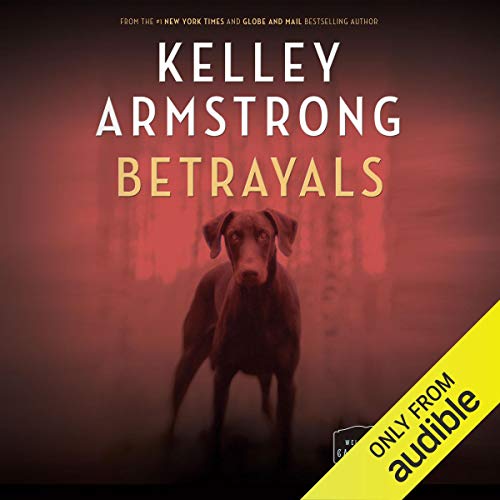 When Olivia's life exploded - after she found out she was not the adopted child of a privileged Chicago family but of a notorious pair of convicted serial killers - she found a refuge in the secluded but oddly welcoming town of Cainsville, Illinois. Working with Gabriel Walsh, a fiendishly successful criminal lawyer with links to the town, she discovered the truth about her parents' crimes in an investigation that also revealed the darker forces at work in the place that had offered her a haven. As if that wasn't enough, she also found out that she, Gabriel, and her biker boyfriend Ricky were not caught in an ordinary sort of love triangle, but were hereditary actors in an ancient drama in which the elders of Cainsville and the mysterious Huntsmen who opposed them had a huge stake.

Now someone is killing street kids in the city, and the police have tied Ricky to the crimes. Setting out with Gabriel's help to clear Ricky's name, Olivia once again finds her own life at risk. Soon the three are tangled in a web of betrayals that threatens their uneasy equilibrium and is pushing them toward a hard choice: either they fulfill their destinies by trusting each other and staying true to their real bonds, or they succumb to the extraordinary forces trying to win an eternal war by tearing them apart.

What listeners say about Betrayals

Good story, not so good narrator

I enjoyed this installment in the series. Pretty bummed with the ending. Was expecting it to go the opposite way.

Thing that bothered me, was the narrator for Gabriel. Sorry, but the voice was not something I'd like to listen to.

Cant wait for the last book in the series!

Love the story and the characters, I understand the next book is the last in the series, I will miss Cainsville!!

Story is great, narration is ok.

This story was great as are all the books but one of the two narrators sounded very robotic in this book which made some parts a bit difficult to listen through but still a great book and worth the listen.

They changed one of the narrators and the main problem with that was a discord with their portrayal of the characters. Julie McKay just seemed to not get the voices right to suit the characters personalities. Carine Montbertrand did great as usual. But I was really glad that both books 4 and 5 in the series finally came out in audio.

Great book! The only problem for me was the narrator. Carine was good, as always. But Julie’s part sounded as though Siri was now doing audiobooks. Very unappealing to listen to. Her voice is nice, it’s just very robotic, and I did not enjoy listening to her parts.

Like the other books in this series, the story is great and I have come to appreciate Carine Montbertrand's narration. But Julie McKay, as the new 2nd narrator, took me out of the story every time I heard her robotic voice. I was disappointed to see that she is the second narrator in future books as well. I may continue the series on Kindle.

Why the narrator change =(

I love this series, I've always loved the narrating but the 2nd narrator is different in this book. Thankfully not the main reader because I am not impressed! I keep zoning on her voice and having to back up and listen again. Not a smooth narrator. sounds like its partly computerized and awkward.

That being said this whole series is amazing! I just listened to 1-3 to refresh before 4 and It is good enough to re-listen to. I've been a fan of Kelley since other world series and shes has never disappointed. Well written plot with enough continuing mystery to keep you moving.

Thanks for another great read Kelley Armstrong!

Why the 2 different narrators?!

Both are good, don’t get me wrong but.... well the one playing our Heroine mostly is a touch grating. It takes a moment before the annoyance her voice elicits wears off and so each time they switch back and fourth it actually pulls me right out of the damn story!! So frustrating. So unnecessary. Would have been understandable if they’d went with a male voice actor but they didn’t. Which- ok- than why do we need two when the deeper voices woman does a fine job of all characters??? It’s a good story but the switching back and fourth is definitely not helping that story get told. Simple as that.

Well-written, great book. One huge complaint: they added a second reader, who is awful! She sounds robotic. Please let the original/ main do everything in the future. It’s so bad that it’s distracting and offputting.

The second narrator for the 4th book has changed. It’s jarring (especially as I decided to listen to the 1st three books again before finishing the series) and I don’t think she’s very good with the male voices. This will not keep me from purchasing the 5th book; it’s just disappointing.
Carine Montbertrand still very good, does great with the chapters from Olivia’s point of view (including the male voices)

Kelley Armstrong has a way of pulling you into her tales and making you care about her characters.

I really enjoyed this story and can't wait to listen to the remaining stories in this series. KELLEY ARMSTRONG sucks you into the story in seconds and you can't stop listening because you have to know what's going to happen next.

I really had trouble with the new narrator. I really don't understand why author's bring in someone new because it messes with the story. Carine Montbertrand began the series and she's done an exceptional job with the characters voices. She doesn't have a problem distinguishing each and every characters personality. You can hear it in their voices when Carine is telling the story.

I'm sure Julie Mckay is a great narrator just not for this series. Her voice was full, without life and it hurt the story a great deal. I found it very difficult to listen to her destroy all the great work Carine has done with the character's voices. You definitely could tell a huge difference between the two narrators.
Message to the author: When we as listeners listen to one narrator do a couple stories from a series we get used to the person. We know and understand the difference between a male and female's narration of character's voices. But when you bring in another narrator that makes it difficult for us to listen, especially when it's a narrator of the same sex. The first narrator has already established their voice and has given each character a personality. She understands the characters. I personally think it's a waste of money to hire the same sex narrators. You only needed the one and Carine brought life to it.

The voice of Gabriel wasn't good.

The person performing as Gabriel didn't mesh with the others from the previous books. The name pronunciations were different and the reading didn't flow well.