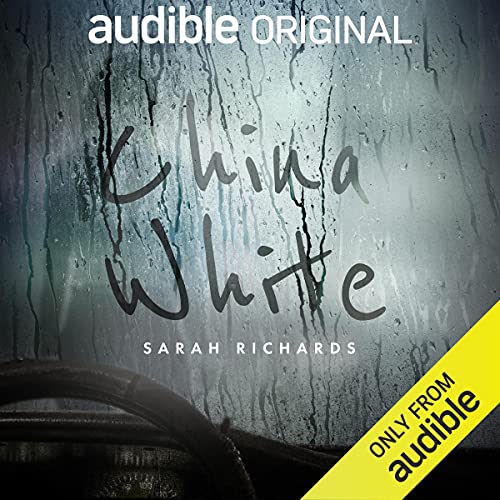 Written by: Sarah Richards
Narrated by: Juliette Gosselin
Try for $0.00

Styvie Savard was a damn good cop - before she made a mistake that cost her everything. Now she lives in her car, works a dead-end job, and scrapes by on the fumes of a dwindling savings account. Life couldn’t get much worse, until it does. One morning on the way to work, Styvie hits a 16-year-old, Dharma, with her car. When the injured girl flees the scene, Styvie finds that she can’t leave well enough alone.

Propelled by ghosts from her own complicated past, Styvie is determined to find the girl and make things right. In her pursuit, Styvie confronts Dharma’s brother, Jeremy, a violent addict working as a distributor in a fentanyl drug ring; and Dharma’s husband, Glen, who heads a pseudo-Eastern-religious cult.

Styvie becomes obsessed with freeing the teenaged Dharma from Glen’s clutches and bringing Jeremy down. In doing so, she forms a tenuous and clandestine arrangement with her ex-boyfriend, Detective Constable Dennison Lee. Going undercover reignites her love for law enforcement and polishes her rusty sleuthing skills. At first it seems as if she could slide right back into her old life, but when Styvie develops an unshakable bond with Dharma, the lines between right and wrong blur.

In the end, Styvie must make a choice: chase down her old badge and recoup her losses or follow her instinct and save Dharma from a future she doesn’t deserve.

China White, Sarah’s debut novel, was a finalist in the 2018 HarperCollins Best New Fiction Prize before its release as an Audible Original in 2021. Her short stories, reviews, and interviews have appeared in carte blanche, Prism International, The Puritan, Rusty Toque, Room Magazine, The Cardiff Review, The Danforth Review, Eclectica, Fox Adoption, and UNBUILD walls, and she has published non-fiction work with Lonely Planet and BBC.com, among others.

Sarah lives in Vancouver, British Columbia, where she teaches English at Langara College and volunteers as a literacy mentor in Vancouver’s Downtown Eastside.

Juliette Gosselin is an actor, director, and screenwriter. At the age of 12, she got her first major film role in the feature film Nouvelle-France, alongside Gérard Depardieu. She then appeared in numerous films, including Familia, Délivrez-moi, Tu dors Nicole, 1991, and Fabuleuses. She played lead roles in André Forcier's last two feature films, Embrasse-moi comme tu m'aimes and Les fleurs oubliées. Proficiently bilingual, she also co-starred with Nick Krause and Molly Parker in Darwin. On television, she can be seen in Histoire de Famille, Le berceau des anges, 19-2, Demain des hommes, This Life, L'Académie, and Fragile. She will soon be in the series Virage.

Juliette co-wrote and co-directed the three seasons of her webseries Switch and Bitch on Tou.tv, in which she also plays a role. She is currently writing a feature film with Sophia Belahmer.

What listeners say about China White

Over written and under-performed

Unfortunately, this story was painfully burdened by adjectives and descriptions that were unnecessary and stilted. The narration was of the lowest quality I’ve experienced in an audiobook

slow start for me but eventually very intriguing

The narrator is good (very emotive) but pronounces a few words wrong which can be distracting.

The story itself is a little slow to start, at least for me. I found myself a bit bored at first and a little annoyed with the main character. Plus, the author uses very expressive or even flowery similes and metaphors which at first I found a bit much (although later I came to appreciate them). As a result, I was reluctant to keep going after the first 30 minutes, but I stuck with it and I'm glad I did. I came around on the main character as I got to know her and her story better. I think all the characters were interesting and three dimensional.

While the story kept me guessing, it did all flow and make sense. Nothing that happened seemed unrealistic, forced, or silly.

Solid offering and I'd recommend you give it a listen.

I did not enjoy this book but continued listening because it was Canadian and set in Canada. I found the descriptions accurate but the characters and dialogue very frustrating. The story had no ending- it just stopped
I also did not like the narration. Usually a narrator grows on me as the book progresses, but this performance grated throughout.

Excellent Book, from Start to Finish

This book was a delight to read. The plot was gripping all the way through, and the protagonist is likable and complex. The writing style is beautiful and immersive. I was completely pulled into the world. This author has a great talent for description and creating unique, interesting characters. The book also offers an important commentary on some pressing social issues. In addition, I thoroughly enjoyed the narration. It was lively and expressive. I can't wait for the next book in the series to come out.

I really enjoyed the description of familiar places in Vancouver and Montreal, and I appreciated the sparse placement of french Canadian slang. But I couldn't keep track of who held what in the fast paced scenes. This must have been a challenging book to narrate, and I thought Juliette stepped up better than anyone could. I will look for more books narrated by her.

Awesome, compelling, action-packed book. China White is a fresh take on Vancouver, drugs, cults, crime, and homelessness. I love that Styvie is a complex and flawed character, and I became totally immersed in her world. I can't wait for the next book in the series. The narrator had the perfect accent and made for an enjoyable listen.

Within a few chapters of this action-packed story, I was hooked, drawn in and held by Styvie Savard's complex character, painful history, and hunger for redemption. The author uses the glittering backdrop of Vancouver, with its gaping inequalities and stunning hypocrises, to take us on a psychological and criminal odyssey. The character of Dharma/Ashley is unfortgettable as a wise, used, waif, and the relationship that develops between her and protagonist Styvie follows no predictable path.

What I most appreciated about this book is the unflinching way the author drills into my own complicated feelings about Vancouver--my awe at the natural beauty and spectacular wealth of the city and my sadness and anger at the depth of poverty and suffering. Richards has written a book that holds these conflicts in place long enough to tell a captivating story but without offering her audience a pablum of comfort. China White is a thrilling and troubling read, offering a treatment of Vancouver that's long overdue.

Enthralling thriller with a Canadian focus

China White is an excellent debut novel. It's full of action, keeps you on edge, and is very well written! Styvie makes for a determined and compelling protagonist. Not to mention, this novel is great Canadian content, taking a deep dive into the grittier side of Vancouver. I also really enjoyed the narration of this audiobook. Looking forward to Sarah's next novel!

This book took awhile to get going. I found my mind wandering in the beginning, but after a bit it became more interesting and really grabbed my attention. I loved recognizing the places she was talking about. It's cool to listen to a story based in a place I know. Sometimes the scenes were a bit "over" described, but the story line was great. I'd definitely recommend this book. The ending left me thinking there will be another book to follow? If so, I'm looking forward to it :)

I'm one who gets bored easily and this book kept me entertained to the end!! I thought it was going to end on a basic note, but nope!! Has a twisted ending which I thought was brilliant 👏

Narrator isn’t for this book

I’m five minutes in and the narrator is not keeping my attention. It’s very hard to follow this narrator, the way she’s reading it doesn’t match up. She’s fast and breathy.

Narrator is weird. Talks too fast, I can’t follow the story. And the story takes forever to unfold. Don’t waste your time.

could not get into it

The story seems to be all over the place from the very beginning. Very hard to follow and stay interested at the same time. I tried to get through it but couldn't make it more than about two hours before I just lost interest completely

Narrator is difficult to listen to

Probably won't finish it. Narrator is too difficult to listen to. Can't focus on the story line.