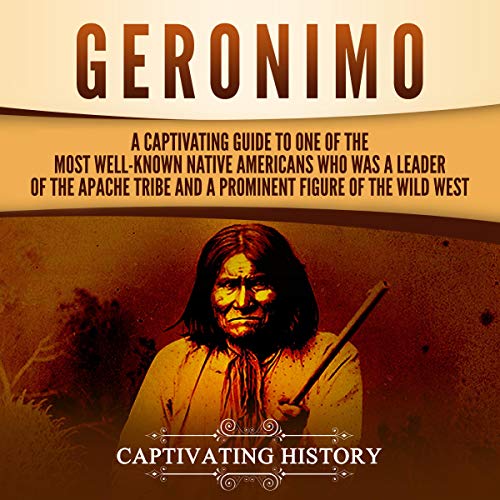 If you want to discover the captivating history of Geronimo, then pay attention.

His name was Geronimo. And any mention of that name immediately conjures up images of the last gasp of Native American control of the Western Frontier. Geronimo, to be sure, was one of the most effective leaders in the resistance against America’s westward advance, but he was much more than just a good field commander for the Apaches.

For even after the West was supposedly won, Geronimo proved more than ready to adapt. And when the Apache Wars came to a close, he was able to rebrand himself as an icon of western Americana. In many instances, he actually got paid by the very ones who thought they had vanquished him, as Geronimo became a kind of celebrity, participating in Wild West shows in which he basically acted out what was his life - or at least what was perceived to be his life. But in reality, the real Geronimo was much more than an accomplished horseman riding the range. He was more than a marauder raiding hapless settlers. And he was more than a skilled marksman, medicine man, and shaman.

In this book, you will get the full picture of Geronimo: the good, the bad, and the downright incredible.

In Geronimo: A Captivating Guide to One of the Most Well-Known Native Americans Who Was a Leader of the Apache Tribe and a Prominent Figure of the Wild West, you will discover topics such as:

So if you want to learn more about Geronimo, buy this book today!

What listeners say about Geronimo