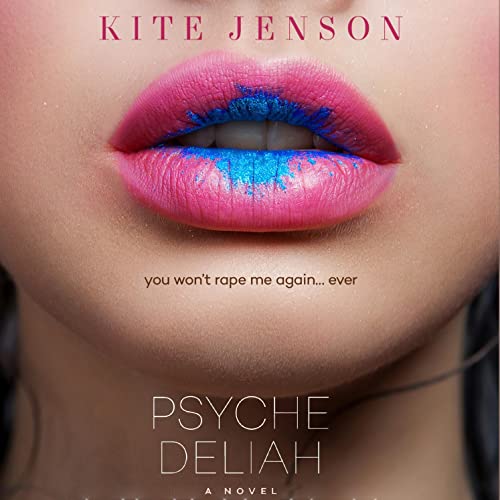 Can a billion dollars and a secret psychedelic drug make men stop raping?

As Paul unravels the multiple layers of Deliah's troubled past, he plunges into the world of psychedelic drugs, high-speed roadsters, and underground sex clubs. In doing so, he finds himself forced to confront his own childhood demons. Perhaps more importantly, he meets up with an unlikely cast of characters - including a tantric goddess, a transgendered sub, and a crypto billionaire - all of whom are linked by the terrible traumas they have suffered and their quest to avenge Deliah to right the world once and for all.

PsycheDeliahis a psychological thriller filled with eroticism, despair, and a touch of joy. If you like sex and drugs and the pursuit of justice, you'll love Kite Jenson's brilliant madcap adventure.

What listeners say about PsycheDeliah

A friend of mine read the book and I was curious but decided to try the audio book (cause of my current commute I have more time in the car than I need). Kite's a good reader, but the story is what really made the book something I looked forward to every time I got in the car. Constant twists and turns, the story keeps moving AND surprising me at every turn. A little shocking at times, very sexy throughout and never boring, the story builds and builds until I literally had no idea how this was going to end but the ending works and I feel like I've learned something from Paul's journey. Not sure I would be able to take it as well as he did!