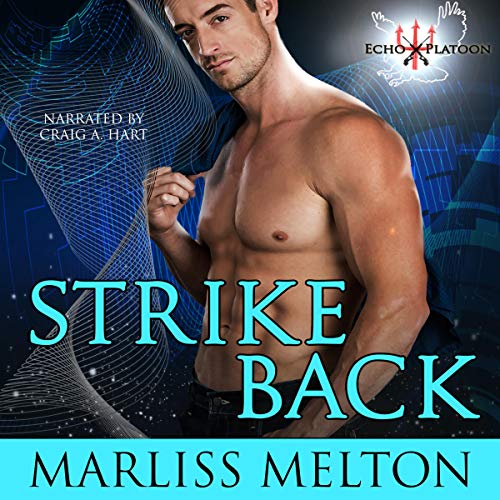 Written by: Marliss Melton
Narrated by: Craig A. Hart
Try for $0.00

He hunts terrorists on land and online, but he can’t get his love life together.

Stuart Rudolph is more than just a Navy SEAL. In his spare time, he uses his unsurpassed computer skills to protect American interests. Moonlighting for Ghost Security Group is supposed to keep Stu too preoccupied to obsess over Hilary Alcorn, the woman he loved and foolishly lost. If only he could start over....

Hilary Alcorn longs to get her mojo back. She hasn’t been the same confident girl since Stuart Rudolph captured her heart and then broke it. Dating her mysterious next-door neighbor seems like a harmless first step. Wouldn’t you know, Stu shows up, claiming her neighbor is a terrorist. Ridiculous!

As the dangers of Stu’s work impact the woman he loves, Stu uses every skill in his arsenal to save both their lives, hoping all the while it isn’t too late to claim Hilary as his own.

What listeners say about Strike Back