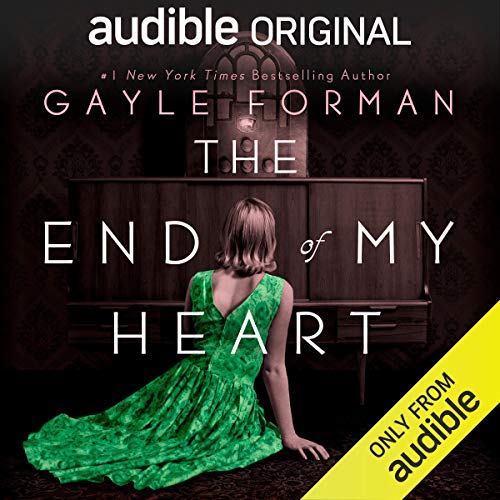 The End of My Heart

The End of My Heart

It’s July 1946, and after a decade of Depression and war, life in America is returning to normal. But for Charlotte and Mary Oswald, one tumultuous summer will unearth all their secrets and upend their world, once again.

Charlotte Oswald’s life is dictated by rules. Where she can go. Whom she can speak to. How she can spend her long, dull summer days. It’s a small, closeted existence, but necessary to protect Charlotte, who has suffered from debilitating fits since childhood. Her sole escape is in story: the elaborate tales she makes up, and the ones she listens to each day on her favorite radio serial, an addictive romantic drama called The End of My Heart.

Mary Oswald’s life is dictated by duty. As the head housekeeper for the wealthy Thwaites family, her European refinement is what makes her an “indispensable” employee and also what makes the lowly position chafe. This isn’t the role Mary was raised for, but it’s the one she has chosen to keep her daughter safe.

Over the course of the hot, sultry summer, Charlotte makes unexpected friends with two film-obsessed boys, and inspired by the movies of Alfred Hitchcock, the ongoing Nuremberg Nazi trials, and Charlotte’s own wild imagination, the three begin plotting their own screenplay. Meanwhile, Mary, left behind in the nearly empty Thwaites mansion, begins a steamy affair with the charming industrialist Prescott Thwaites, and as she reveals the hidden parts of herself, begins to fall in love.

The last days of summer rapidly approaching, Charlotte’s freedom coming to an end, and the Thwaites family soon returning, mother and daughter hurtle toward a point of no return as the long-buried memories resurface, blurring the line between fantasy and reality, and threatening to expose the secret that could be the end of them all.

What listeners say about The End of My Heart

I didn’t expect to love this as much as I did. Not the type of story I usually read but I was almost immediately sucked in. Mary and Charlotte were so well written. Diane Kruger has a beautiful voice and was wonderful to listen to.

I got this book as one of Audible’s freebies. Looking at the description I never would have purchased it. A time piece after the war? Nothing I thought I would love so much! There are 3 main story lines, seemingly unconnected, a daughter’s perspective, her mothers perspective and how they both listen to a radio drama. As summer progresses, the characters grow and change and you start to see how everything connect, from the 3 different perspectives. The plot twists, a few times, and the ending was in no way predictable. Overall it was an easy, enthralling and enjoyable book that I loved!