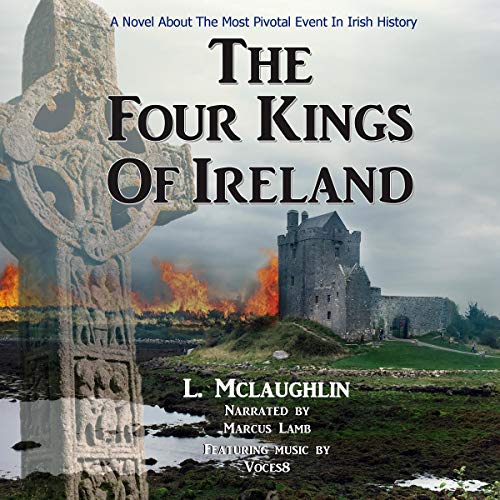 The Four Kings of Ireland

Written by: L. McLaughlin
Narrated by: Marcus Lamb
Try for $0.00

Ancient manuscripts referred to the island as “a trembling sod”. Armies were led into battle to vanquish perceived challengers and to divide their lands. Kings surrendered family members as hostages and blinded those who threatened their rule. Warring clans, bloody battles, intrigue, and assassinations - it was Ireland’s real-life game of thrones.

In 12th century Ireland, four rival kings fought ferociously, leaving scorched earth and unimaginable bloodshed, while the Church’s saints tried to intervene. Who were the kings and how did sixty years of desperate wars set in motion the events leading to a divided island today? Based on the writings of monks, this novel tells a compelling story about the most pivotal event in Irish history. If purchasing audiobook, select “high quality” if downloading to maximize enjoyment of featured music.

What listeners say about The Four Kings of Ireland