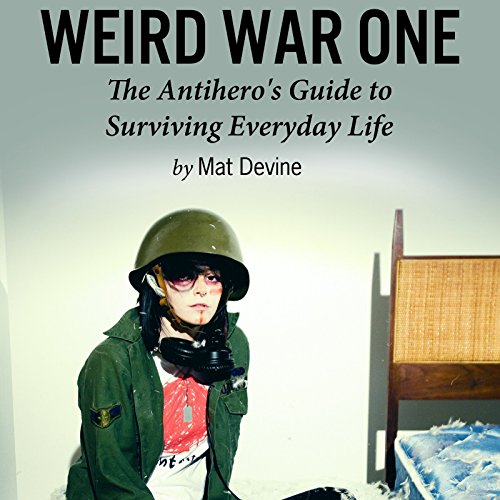 Mat Devine, lead singer of the band Kill Hannah, inadvertently began his own popular advice column after Fuse TV asked him to blog about his life on tour. Mat's humorous and touching column, aptly titled "The Raccoon Society", gained a lot of traction as his fans sought advice on serious issues such as alcoholism, bullying, and self-mutilation, while also touching upon lighter subjects like dealing with siblings, fashion, and going to prom.

After seeing the sheer volume of wide-ranging questions flooding his inbox, Mat realized that the blog was no longer just an outlet for his road memoirs, but a unique and thriving community of music fans worldwide, who trusted him and the other readers enough to discuss some of the most intimate problems they faced.

Weird War One is a book for the outsiders who wear their hearts on their sleeves and a true reminder that you are not alone. Listeners will also gain valuable insight and advice from special guests Amanda Palmer, Mikey Way from My Chemical Romance, and Tomo Milicevic from 30 Seconds to Mars.

What listeners say about Weird War One

Highly recommend to anyone who ever felt out of place

Excellent read for anyone who doesn’t “fit in” 100% with everyone around them. Great advice that is wrapped in an enjoyable read.

Loved this! I would definitely recommend this book to my friends. Mat Devine is awesome!

I thought it was mat Devine dreading to