Iconic Quotes from The Witcher Saga 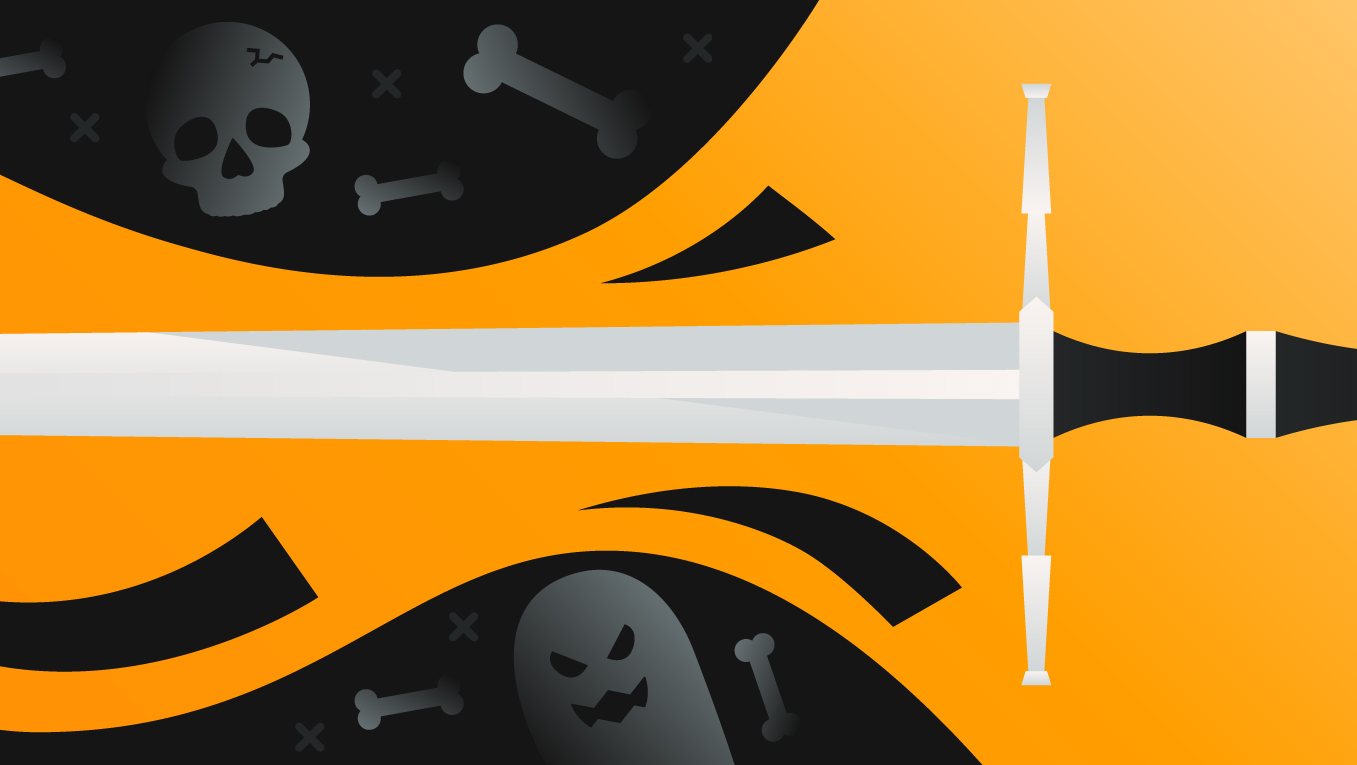 The Witcher Saga by Andrzej Sapkowski has quickly become a cult classic and fan favourite in the fantasy world. Lovers of epic tales, heroic characters, and brave adventurers have fallen for this story of magic, overcoming evil, and heroism. Various adaptations have grown the reach of this series, but the original audiobooks continue to be a popular source of iconic quotes and phrases.

From ranging character arcs to monster hunting and tales of love and betrayal, the Witcher Saga has become an epic of huge proportion. Countless listeners have been swept up in a wondrous tale of magic, fantasy, and wonder driven by exciting plot and engaging characters.

Here we’ve gathered a list of some of our favourite iconic quotes and phrases from across the Witcher Saga about everything from courage, to wisdom, to truths about humanity.

Quotes on Death, War, and Bravery

The Witcher Saga, like many fantasy and sci-fi tales, is an epic of war, death, and courage. In this case, the hero is a monster hunter, so death and destruction are ingrained in much of who he is, and the story in general. Here we’ve gathered up a selection of our favourite Witcher quotes on the topics of death, battle, and bravery.

1.“It is easy to kill with a bow, girl. How easy it is to release the bowstring and think, it is not I, it is the arrow. The blood of that boy is not on my hands. The arrow killed him, not I. But the arrow does not dream anything in the night” - Sword of Destiny

2."It’s better to die than to live in the knowledge that you’ve done something that needs forgiveness." - Blood of Elves

4.“A coward… dies a hundred times. A brave man dies but once. But Dame Fortune favours the brave and holds the coward in contempt.” - The Time of Contempt

5.“You surround the dead with veneration and memory, you dream of immortality, and in your myths and legends there’s always someone being resurrected, conquering death. But were your esteemed late great-grandfather really to suddenly rise from the grave and order a beer, panic would ensue.” - Baptism of Fire

Quotes on Good and Evil

7."Were I to attempt to be good to everyone, to the entire world and to all the creatures living in it, it would be a drop of fresh water in the salt sea. In other words, a wasted effort. Thus, I decided to do specific good; good which would not go to waste. I’m good to myself and my immediate circle.” - Baptism of Fire

8."Lesser, greater, middling, it's all the same. Proportions are negotiated, boundaries blurred. I'm not a pious hermit, I haven't done only good in my life. But if I'm to choose between one evil and another, then I prefer not to choose at all." - The Last Wish

9."‘People,’ Geralt turned his head, ‘like to invent monsters and monstrosities.’” - The Last Wish

10."When there’s hunger you don’t share out your food, you just devour the weakest ones. This practice works among wolves, since it lets the healthiest and strongest individuals survive. But among sentient races selection of that kind usually allows the biggest bastards to survive and dominate the rest.” - Baptism of Fire

Quotes about Stories, Tradition, and Faith

Many fantasy epics pull on ideas of myth and mysticism to ground their stories and build a sense of history and background. The Witcher Saga has its own brand of traditions and stories that add depth and meaning to both the world of the Witcher and the characters themselves. Here we’ve listed some of the top quotes about the power of story, tradition, and faith in your roots that we hope will inspire you.

11.“Remember,” she repeated, “magic is Chaos, Art and Science. It is a curse, a blessing and progress. It all depends on who uses magic, how they use it, and to what purpose. And magic is everywhere. All around us. Easily accessible.” - Blood of Elves

13.“But do you know when stories stop being stories? The moment someone begins to believe in them.” - The Time of Contempt

14.“Every myth, every fable must have some roots. Something lies among those roots.’ ‘It does,’ Geralt of Rivia confirmed. ‘Most often a dream, a wish, a desire, a yearning. Faith that there are no limits to possibility. And occasionally chance.’” - Sword of Destiny

15.“You've a right to believe that we're governed by Nature and the hidden Force within her. You can think that the gods, including my Melitele, are merely a personification of this power invented for simpletons so they can understand it better, accept its existence. According to you, that power is blind. But for me, Geralt, faith allows you to expect what my goddess personifies from nature: order, law, goodness. And hope.” - The Last Wish

16.“You’ve mistaken the stars reflected on the surface of the lake at night for the heavens.” - Blood of Elves

Quotes about Life and Destiny

Do you believe in destiny? A path set out before you? Whether you are someone who believes in predestined roads or in forging your own way, these iconic Witcher quotes will provide insight and motivation to help you follow your dreams and find your path.

17.“No one wants to suffer. But that is the fate of each. And some suffer more. Not necessarily of their own volition. It's not about enduring the suffering. It's about how you endure it." - The Tower of Swallows

18.“All around, everywhere you look, is dullness and uncertainty. Even something born of beauty soon leads to boredom and banality, commonplace, the human ritual, the tedious rhythm of life.” - The Last Wish

19.“Destiny has many faces. Mine is beautiful on the outside and hideous on the inside. She has stretched her bloody talons toward me—” - The Last Wish

20.“Because I know that in order to unite two people, destiny is insufficient. Something more is necessary than destiny.” - Sword of Destiny

21.“Life, it turns out, isn’t poetry! And do you know why? Because it’s so resistant to criticism!" - Baptism of Fire

22.“Well, we’re feared. And what of it? Do we sit down and weep and tremble? Life must go on. And what will be, will be. What is destined can’t be avoided, in any case." - Sword of Destiny

Life Lessons and Wisdom from The Witcher

Many fantasy and Science Fiction tales, though mystical and full of magic, can shed light on important truths within our own world, and in humanity in general. The Witcher, though it is a tale of a monster hunter, and seemingly brutish killer, has some beautiful gems of wisdom which can be great life lessons to listeners of many ages. Here are some of our favourite lessons and wise words from The Witcher audiobooks.

23.“There is never a second opportunity to make a first impression.” - Sword of Destiny

24.“To be neutral does not mean to be indifferent or insensitive. You don't have to kill your feelings. It's enough to kill hatred within yourself.” - Blood of Elves

25.“The sword of destiny has two edges. You are one of them.” - Sword of Destiny

26.“Mistakes,’ he said with effort, ‘are also important to me. I don’t cross them out of my life, or memory. And I never blame others for them.” - Blood of Elves

29.“And if someone has friends, and he loses everything in spite of that, it's obvious the friends are to blame. For what they did, or for what they didn't do.” - The Time of Contempt

30.“Intolerance and superstition has always been the domain of the more stupid amongst the common folk and, I conjecture, will never be uprooted, for they are as eternal as stupidity itself. There, where mountains tower today, one day there will be seas; there where today seas surge, will one day be deserts. But stupidity will remain stupidity.” - Blood of Elves