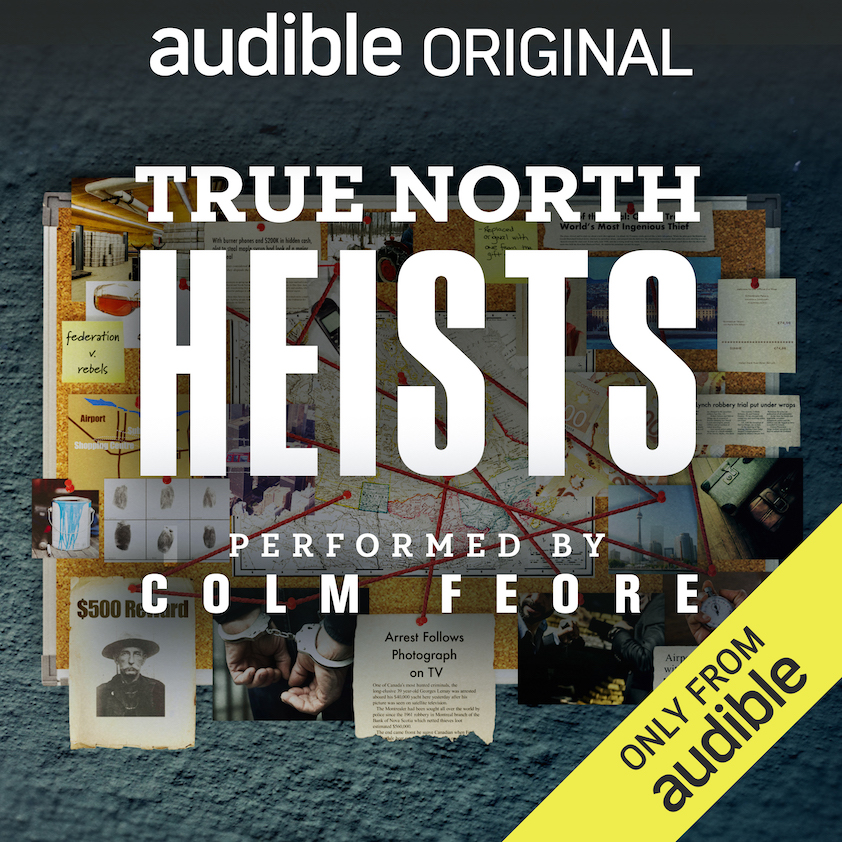 When it comes to robberies, 95% of them are simple thefts of opportunity without planning, creativity or ingenuity of any kind.

Of course, the other 5% are the crimes worth telling stories about.

If you’ve been dying to learn more about the Great Maple Syrup Heist, where 9,561 barrels of maple syrup (worth more than $18 million) disappeared from the warehouse floor in 2012, then you’ll want to dive into True North Heists, a new Audible Original podcast. Listeners are treated to the real-life stories of some of the most daring crimes ever pulled off north of the 49th parallel, from the 1800s to today. If you love audiobooks based on true crimes, get ready to get excited. These stories feature Canada’s most daring crimes and the derring-do it took to commit them.

Colm Feore, one of Canada’s true acting treasures, brings life to these stories, some of which you’ll know and others you’ll learn about for the first time. True North Heists offers Canadian heist stories that are a pulse-pounding addition to Audible’s incredible true crime catalogue. Feore, who has played nearly every Shakespearean male lead and starred in countless stage and screen productions (often as a villain) brings the perfect amount of storytelling depth to these episodes. 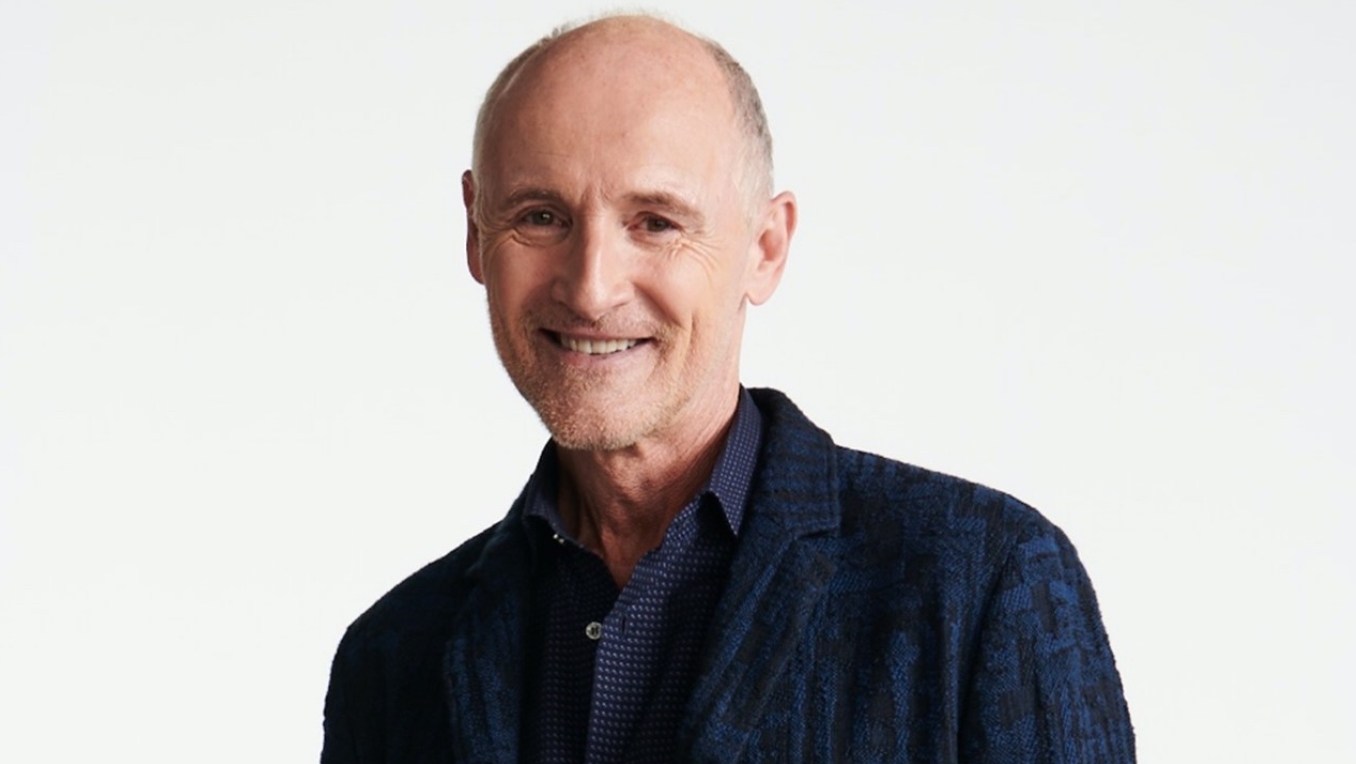 The series doesn’t simply focus on the crimes, but also the criminal masterminds who pulled them off. Episodes feature deep dives into the larger-than-life characters who committed these larger-than-life larcenies. Ever heard of The Stopwatch Gang, The Maple Syrup Mafia, Mingo the Mastermind? After listening to this new Canadian Audible Original series, you will!

If you’ve ever been curious about the unique brand of genius and audacity that goes into pulling off world-class heists, then you’ll have plenty to sink your teeth into. Each episode carries the tone, structure and rhythm of a pulse-pounding action film, transporting you to the place and time of each famous caper, giving you a front row seat to stories so unbelievable it’s hard to remember they’re true historical moments. Each episode puts listeners up close, enmeshing them in the action.

Episodes also feature compelling commentary from a collection of journalists, crime writers, criminologists, securities experts and historians who offer up their own unique perspectives.

The Capers and the Crooks Who Commit Them

If you ask Colm Feore about his favourite bandit of the bunch, he will tell you about Ken Leishman, also known as the “The Flying Bandit.” A remarkably bold, well-spoken and impeccably dressed scoundrel, this husband and father of six routinely flew between Winnipeg and Toronto, robbing banks and spreading word of his own growing legend. After he was incarcerated, Leishman even broke out of prison, stole a plane and flew his fellow prisoners home!

This “gentleman robber” was so affable, he was able to create the illusion that he was old friends with a bank manager before making off with $10,000 – no small figure for 1957!

Leishman was such an appealing criminal figure, says Feore, because his methodology was “very, very gentle, very, very human, and I think very, very Canadian.” 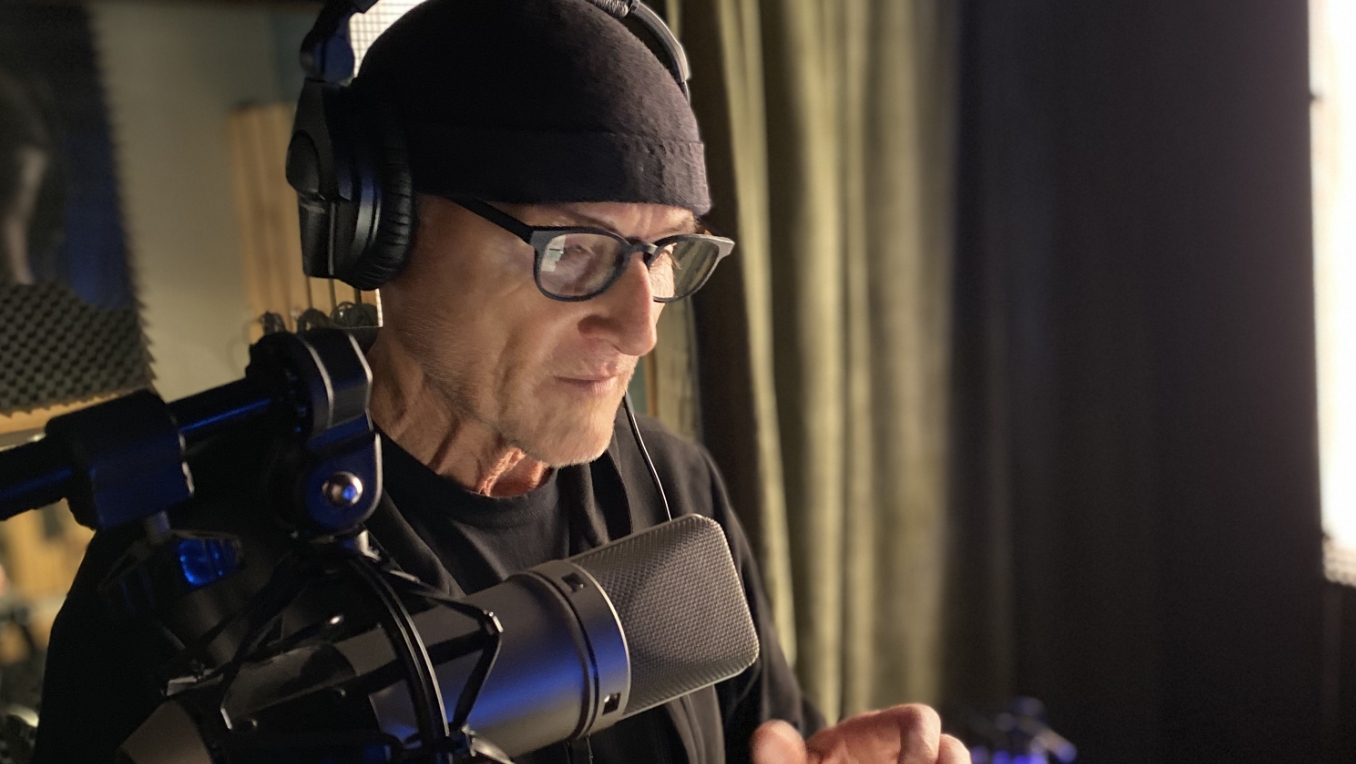 True crime is a popular genre and there’s no end to the types of stories it can tell. But what makes this Audible Original stand out is the uniquely Canadian content told in a uniquely Canadian way. From the first episode to the tenth, listeners will enjoy slowly peeling back this true crime onion and learning about the seedy underbelly of Canada’s criminal past.

True North Heists has something for every type of listener. If you’re a history buff who craves content that comes with expert accounts and hard facts, you’ll love the detailed accounts of these crimes as each episode paints a vivid picture of a moment in time.

If you’re a fan of crime dramas, an armchair detective who loves exploring conspiracy theories and bingeing on whodunits, this series will give you the thrill of going deep into the psychology of these Candadian criminals and what drove them to larceny.

Whether you’re a Canuck, born in the True North Strong and Free, or you’re a Canadiana-phile who wants to learn more about the thrilling past of Canada’s most memorable charlatans and ruffians, this Audible Original has you covered.

What makes True North Heists really stand out? A combination of the truly unbelievable nature of these stories and Feore’s memorable performance.

“We have ten episodes, featuring gangs, but usually there's a leading man … We tell their stories and they're pretty extraordinary stories. Some maybe a little bit more well known, but we've got some spectacular hidden gems.”

A Different Kind of Entertainment

While many true crime stories have been repackaged and rehashed in various TV and movie adaptations, these episodes bring a novel approach to Canadian crimes and criminals. Audiences have an opportunity to experience the stories for the first time, exclusively in podcast format and exclusively at Audible.

So, pop a bag of popcorn, turn down the lights and get ready to take a thrilling, action-packed ride through history as you uncover the secrets of Canada’s most sordid and spectacular True North Heists.