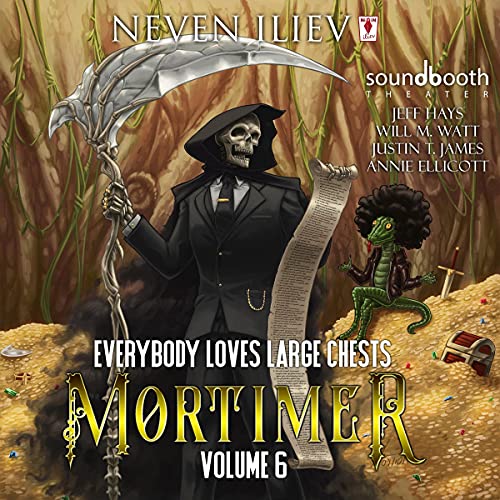 Armageddon Day. That is how history will remember the date when two Overlords clashed amidst the war-torn streets of New Whitehall. The disastrous duel its explosive conclusion wreaked heavy casualties on the two armies present, rendering both the Ishigar Republic and the Lodrak Empire unable to continue to fight. And yet, it was no stalemate. With one Hero defeated and another revealed, the balance of power is sure to shift in the elvish nation’s favor. The Republic’s leaders will surely not hesitate to seize this opportunity, as they had already paid for it in blood and gold. Meanwhile the Lodrak Empire is gripped by unease overnight as their Goddess mysteriously falls silent.

Boxxy doesn’t care about any of that at the moment. Mostly because the confrontation with Teresa has left it in a comatose state at a most inopportune time. With the Hero status of its public persona revealed, it will be forced to rapidly adapt and escalate its plans. Whereas before it only had to worry about keeping its true identity a secret, it will now have to worry about its alter ego being targeted. Each chosen of the divines is a controversial figure, and the suddenly revealed Hero of Chaos will surely attract a lot of attention.

And, as the shapeshifter’s primal instincts are well aware, too much attention can and will lead to a surprise meeting with Death itself.

Great book, Great performances, a true joy to listen to!

I’m very much looking forwards to the next one.

This series makes me smile and giggle...

I have been following this thing since the beginning and I love it. It is the right amount of all things I like. Is it silly? Absolutely! Is it geeky? Indubitably! does it get weird and freaky? Ooooh yeah.... Is it entertaining? More so than a lot of other major titles I listen to. Who doesn't want to see this box brained psychopath go as far as mimicly possible? I, in fact do like like large chests.

This series is extremely entertaining.

I'm always looking forward to the next book in this series. No other litrpg has the same humor and entertainment value.

Not the best in the series, but still great

Boxy T. Morningwood continues his adventures in this hilarious new installment. Wish it was longer however. burned through it in only 2 days.

oh the joy that are boxy's adventures. they are funny, lewd and action filled. this stuff will never get old.

wasn't quite as good as expected

This is by far my favorite series in my library of over 1,000 books, but that being said this one didn't feel like it hit the mark (especially when compared to books 2 or 3).

The book felt like it was changing viewpoints too often, wasn't enough fizzy, and kora took the backseat. The main story also felt like it barely progressed, sure lots happened but the book felt like it didn't move the story closer to an ending or conclusion of some sort, just felt like the MC was spinning it's wheels whilst not actually moving.

l still enjoyed the book, just didn't quite scratch that itch this series usually does. At the end of book 5 I was PUMPED for the next book (which was my usual feeling for all the other books) but at the end of this I didn't get that feeling. Maybe once I listen to it again one or five more times I'll change my mind.

This is still my favorite series, and I'd still highly recommend it. Jeff and the crew were amazeballs as usual, nothing really much else to say about them.

Like peanut butter and jelly, Mortimer is both diabolical AND box shaped! Neven and Sound Booth Theater have done it again. I mean seriously, why do you continue to make me laugh til I cry? Don't you know I have to see to drive?!?

Good, but not as good as previous books

First of all the performance was above and beyond. Seriously soundbooth theater really went all out on this one. I'm impressed.

Secondly although this book is entertaining it doesnt really seem to do much to advance the plot. However, it is still entertaining and worth the read.

To get this out of the way. Yes the book "lacked" in certain regards compared to the previous books but that in no means diminished what occured in this book. Originally I was very upset with inner turmoil and rage at the decisions made in this book. . .However after considering it I've come up with a realization. Semi spoiler but this book basically served as a catalyst to "sever" boxxy's connection to azure veil. looking at how the last book ended it's easy to see boxxy became too attached to one area and this book gave us all the reasons why it's time to close the lid on this box and move out. The decisions that were made while highly upsetting were masterfully narrated and detailed and oh god the music in this book was amazing it totally put me on the edge of my seat with how good it made the fight scenes. This book basically sets up the next book to be more like book 2 or 3 which I for 1 cannot wait to see.

Awesome battles and deceptions and I'm only 1/2 through this! Twisted like a bag of twislers.

I have been looking forward to the latest chapter of Boxxy’s legacy! Thank you for this gift!

it just gets better

This series is a true masterpiece. Book 6 is great. injoyed every minute. can't wait till 7.

the book is called Mortimer... who is present for a brief moment, makes some statements about what he's going to do... and then... we don't see him again...

between that scene and the book title I felt let down without any follow through, like the book ended early.

It was enjoyable but felt incomplete. Hence 4* instead of the usual 5 for this series.

This is some Dragonball BS

I have loved the first four books, but only got 4 hours or so in this one before getting completely put off. Spoiler alert. Boxey has enough raw power that he can utterly annihilate 100th level people (the supposed ultimate weapons of entire nations). There shouldn't be anything on the damn planet at this point that can manhandle him like Jones did. Beat him, yes. Completely wreck him, hell no. Then to have the audacity to read out Jones' character sheet. He's a God. Boxey hurt Teresa, the god of truth and justice, at the end of the last book. Jones would utterly destroy her and piss on her ashes. It is literally the anime trope of "Oh shit, we made the MC to OP. What can we do other than create even more OP antagonists to counter him." In this setting, Jones would be able to single handedly conquer the entire world that we have seen this far without breaking a sweat. It's just an awful and lazy way to make sure the series can keep going and still have some suspense. It is a trope right up there with the "MC gets amnesia for and entire book, so I have more time to figure out what to do next"