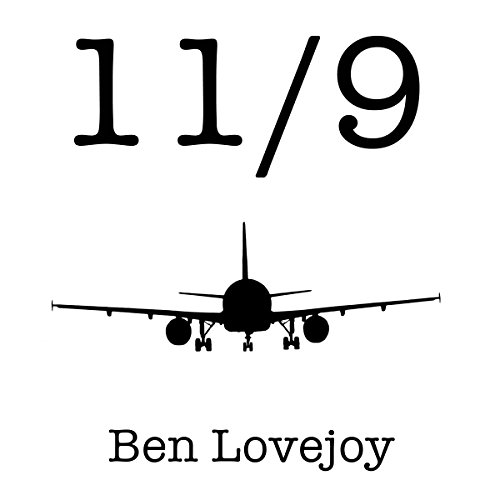 The planning will take months.

Nine-eleven involved four airliners, three buildings, and 3,000 deaths. What Fox is planning will down 1,300 airliners, devastate countless city centers, and kill around half a million people.

Sarah Green is an aviation risk analyst in the Department of Homeland Security. Her job is to out-think the terrorists: identify weaknesses in airline security arrangements, figure out how those weaknesses might be exploited, and get protections in place before the terrorists get their chance.

Neither knows the other exists, yet the two are locked in a race that only one of them can win.

Great story, very captivating! The narrator is very good, you easily understand who is speaking.

A must read for every aviation security buff

First things first, I don't usually write reviews. But, after reading one of the reviews on the website about this title, I almost didn't purchase it. But, I am more than glad that I did purchase and I wanted to make sure no one else is misguided by the aforementioned review. The review I was talking about has someone criticizing the author about giving too much detail regarding the airline operations. But, I didn't at any moment feel that the author was giving useless details.

Secondly, I see the audio format of the book as the most practical way of reading and I don't usually purchase the electronic or physical version of the book since I don't just have the time to read and space to store all the books. If I do end up liking a book and wish to have a souvenir of any title, I do indeed purchase the electronic and/or physical copy to treasure it and re-read it forever. I say this because I purchased the other versions of this title within 5 minutes of listening the title. This is a must have for my library.

Now, we are past my quirks, lets examine the book. As I mentioned earlier, this is a must have for anyone interested in one of the following: Cyber-security, Aviation, Thrillers. You would be shocked to know that this 'could' actually happen.

A wonderful technothriller lost in the details

The narration for this was done by Chris Abell and he does a wonderful job even though the story wasn't as good as I'd hoped it would be. This is my problem -- I will probably rate this a 3 on audible JUST because of the narration. And Abell will get a 5 for his performance because it was perfect for the story.

My biggest problem with this story was that it was just way too detailed. I'm not an aviator or a plane buff, and there were times when I found myself wondering if even someone who loved planes or flew them every day would be bored with the detail that Lovejoy went into. There were times when I wondered if I'd gotten a manual on how the inside of a plane worked, not a "fast-paced technothriller".

With that being said, there were scenes after the painfully detailed inner workings of a plane that were a really nice mixture of thriller and technothriller, but they felt too few and far between for my likes. I really don't like leaving negative reviews because I know that someone put their heart and soul into this book -- and as a

I really don't like leaving negative reviews because I know that someone put their heart and soul into this book -- and as a reviewer, I have the power to turn people away from it. But, I think that Lovejoy could have employed an editor that could have helped him realize that all the technical details took away from an otherwise good storyline.

Everything that Lovejoy wrote about the terrorist plots to the actual attacks I found to be incredibly interesting and thought-provoking, but it was really muddled into the details of the plane crashes.

I was given a copy of this book in exchange for my honest and unbiased opinion.