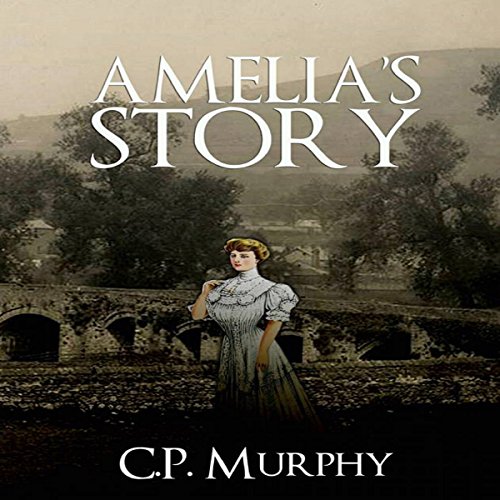 The War of 1812 caused hard times in Millersport but when Henry Samuels decided to take matters into his own hands, a chain reaction occurred and changed his family forever. Blackmailed for his mistakes, he is forcing his eldest daughter to marry a man she could never love. Amelia struggles to get out of her engagement and in time learns the truth about her father, a little too late. You'll be captivated by the characters as they come together to give this story human emotions. Amelia's Story is more than just a historical fiction; it's full of romance, betrayal, treason, murder, revenge, and healing. This is exceptional family saga and gripping brilliance; a must listen.

Poorly narrated and not a god story

This narration has bad overdubs. At the end, the narrator stops and correct herself before continuing. The story feels poorly written, is quite sad, and is disturbing.

In the beginning it seemed that it would be a traditional love story, but I was later captivated by several drastic turn of events. Then I was a bit disappointed by its odd ending. It is always exciting when something unexpected happens with a character, but the reasoning should make sense. It was as if the author wrote some random shocking ending at an attempt to fool the reader. It was okay to find out that the guilty party wasn't who I thought it was, but when the truth was revealed, it left me scratching my head... and then the book ended.

I really enjoyed the trial and witness testimonies. It was dramatic and full of suspense.

Would you be willing to try another one of Lauren Mae Shafer’s performances?

No. She read nearly the entire book in the same voice. I enjoy when female performers deepen their voice for the male characters, but she didn't do this much. Perhaps that is not what the author wanted. However, she did read with emotion.

Do you think Amelia's Story needs a follow-up book? Why or why not?

I would consider reading a follow-up book. I finished the book and still had so many questions. I learned what happened to the main character and why it happened, but the "why" didn't make sense. The "who" didn't make sense. It me feel that all the suffering and tragedy happened in vain. An entire family and town endured so much loss and only the innocent paid the price.

It is obvious that some editing to the audio was done. However it was not done very seamlessly.