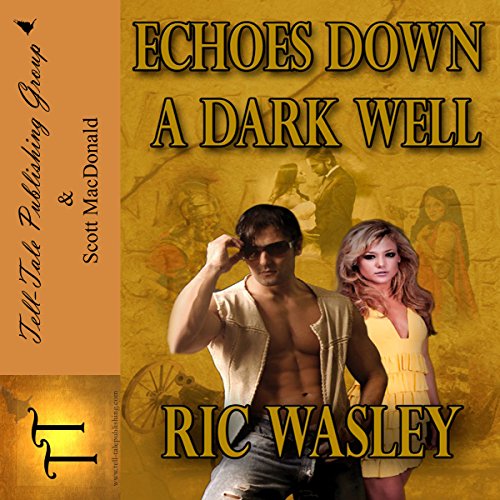 Echoes Down a Dark Well

Have you ever wondered if you've lived before? Imagine then if you could remember every moment of every life you have lived for the past 2000 years! That is the continuing fate and curse of a soldier of fortune named Cody. Not only is he cursed to recall each life, but he knows that each succeeding one will end the same - in violence, tragedy, and death. He has only one slim ray of hope that keeps him clinging to sanity - The Girl. She, like him, is on a never ending cycle of rebirth. The only difference is that she has the power to heal his tortured soul and give him peace. But first he must find her. And that's not easy because just like him in each incarnation she is born into a different family of a different race or culture, and the only way that Cody can recognize her is by her eyes. The eyes are the windows to the soul and her ageless soul always shines through. So Cody continues his quest, but this time he has company - and a problem, in the form of a cute, sassy but tough, and cynical little blond by the name of Clarisse. Unfortunately she is not "the girl". But somehow they wind up as traveling companions on the run from mob vengeance. As they crisscross the country from coast to coast, Cody finds himself in possession of a strange wooden box that kings, tyrants and even churchmen have been willing to kill for down through the ages. The good news is that the mysterious box might be his path to salvation. The bad news is that if it falls into the wrong hands the entire world could suffer an eternity of misery, terror, and death.