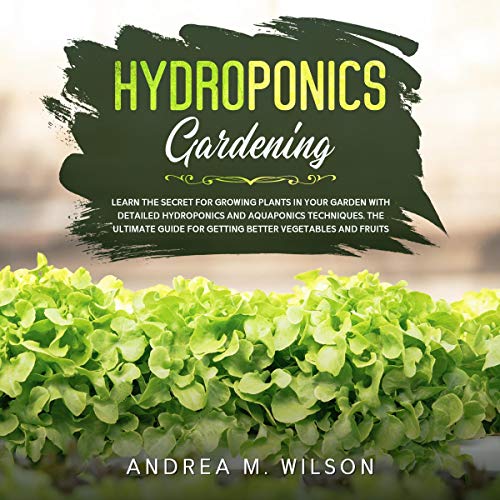 Are you looking for the secret behind hydroponics gardening and how to apply it to your garden? Then, keep reading...

When we think of gardening, what we often see in our heads is a man or a woman on all fours crouched over a plot of dirt. They dig a hole, place in a seed or even a whole plant which they have bought, close it up, and there you go. Or, maybe, we think of gardening in line with farming and we picture the same thing. Only, this time, there isn’t someone crouched down but a series of mechanical inventions that do all that busy work for them.

We almost certainly don’t think of an indoor setup, as that is more in line with hanging plants and decorative greens than it is with the concept of gardening. This would suggest that our main identifier which separates gardening from owning a few plants is the dirt itself, the soil which is part of Mother Earth. But the facts are quite different.

There are many different ways of gardening. The classic flowerbed in the front yard is just one of them. Here we’ll be looking at another of them: hydroponics. To say hydroponics is a new fad in the gardening world would discredit its history, which reaches all the way back to the hanging gardens of Babylon and the Aztecs’ floating gardens. There are even Egyptian hieroglyphs which describe a form of hydroponics. More recently, hydroponics was even given a place within NASA’s space program.

Clearly, this is not a new fad. But commercial growers and scientists are coming around to the method, leading to more hydroponic setups being used and more research looking into the advantages of hydroponics.

What this does is let the roots of the plant directly touch the nutrient solution, get more oxygen as they’re not buried in the ground, and together, these both promote growth.

This audiobook covers the following topics:

But there are even more benefits to using a hydroponic setup than just expedient plant development. Despite the fact that hydro is in the name, hydroponic gardens actually use up less water than traditional soil-based gardens do. This is because the hydroponic system is an enclosed system.