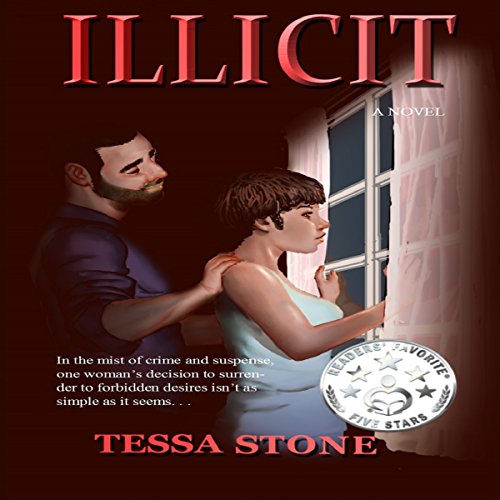 Illicit uncovers passions longed for even in marriage. One woman's decision to surrender to forbidden desires seems simple, especially when the choice is between an abusive and unfaithful husband and a sexy security lieutenant. But that is not how she wants to do things. Instead, she gets wrapped up in a whirlwind of temptation that neither she nor the lieutenant can deny.

Even when her nine-year marriage had long ago begun to crumble, ever-loyal Odyssey Greene hung in there. She thinks it is only the stress and frustrations of marriage that causes her husband's cruel behavior, but she soon finds out that there is much more to it than that. Like the vows she took, she chose to love and commit herself to her verbally abusive husband even while his faithfulness was in question.

Odyssey met every challenge head on: trying to please her husband, juggling motherhood and a new career as an executive assistant, and even fighting the magnetic attraction she develops for another man. She thought she had enough on her plate when dealing with her husband until Lieutenant Blaze Rodriguez comes into her life. Blaze, who is the lieutenant over Calico Enterprises security firm on a military base, is everything her husband is not: respectful, patient, and powerful. While he tries to focus his attention on solving mysterious thefts around the camp, he quickly discovers that the beautiful new assistant has mysteries of her own.

Blaze and Odyssey's attraction brings them closer together and they become enraptured in an emotional affair. They soon realize that they share a lot more in common than having an ever-present undercurrent of desire between them and they soon develop a strong friendship that only strengthens with time. But like anything that is denied for too long, when it all comes out, the virulent force of it all will be something neither of them can stop.