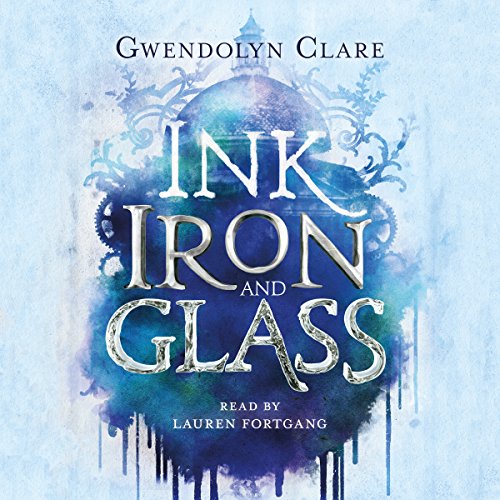 Can she write a world gone wrong?

A certain pen, a certain book, and a certain person can craft entirely new worlds through a branch of science called scriptology. Elsa comes from one such world that was written into creation, where her mother - a noted scriptologist - constantly alters and expands their reality.

But when her home is attacked and her mother kidnapped, Elsa is forced to cross into the real world and use her own scriptology gifts to find her. In an alternative Victorian Italy, Elsa finds a secret society of young scientists with a gift for mechanics, alchemy, or scriptology - and meets Leo, a gorgeous mechanist with a smart mouth and tragic past. She recruits the help of these fellow geniuses just as an assassin arrives on their doorstep.

In debut author Gwendolyn Clare's thrilling Ink, Iron, and Glass, worlds collide as Elsa unveils a deep political conspiracy seeking to unlock the most dangerous weapon ever created - and only she can stop it.

“This debut novel is fully realized steampunk-fantasy, offering an alternate history that deftly and creatively adopts the politics of 19th-century Italy to create a compellingly unique world.... Exciting and original.” (Kirkus, starred review)