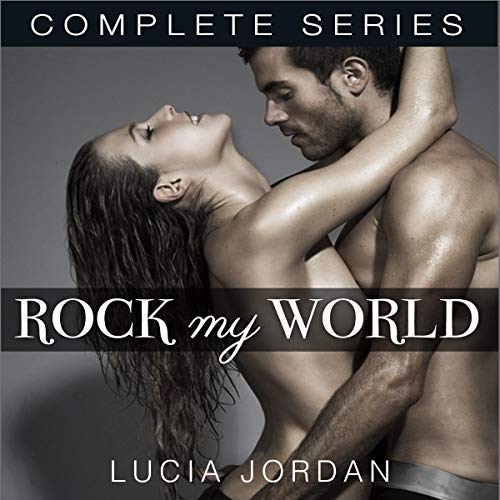 Will Sophie find a way to resist the sheer force of Jared’s presence and keep to her task of filming the investigation? And what will happen when Jared’s past comes back to haunt him and Sophie?

Sophie Lauren has achieved a whole lot of success in life. Her achievements as a young videographer have turned into owning her own film studio - the Lauren Studio. And part of owning her own studio means that she’s able to pick the jobs she takes on. So when Jared Beltran - creator and host of the famous ghost-hunting television show - gets in touch with her, her initial impulse is to pass. She’s never been much of a believer in all that hocus-pocus anyway. Still, she agrees to take a meeting with him. After all, from what she’s seen on television, he’s nothing close to hard on the eyes.

In person, Jared turns out to be even more gorgeous than Sophie had imagined. She’s instantly, and intensely, attracted to him and the way he composes himself - with charm, with confidence, with dominant, sexual energy. The instant attraction is mutual, and by the end of their meeting, Sophie will agree to much more than just filming Jared’s investigation.

Love her books! Exciting storyline...can't wait to see what new heights Jared takes her to and what ghosts they will find!

Not usually a paranormal fan but Lucia Jordan makes it real and holds your attention with the right touch of reality, lust, and hot action. Rock My World

Classic Jordan , light easy listen flows well, which builds quickly with plenty of steamy action, hot, great for a fast afternoon listen in the sunshine, can't wait to listen to the rest of the books

Another Awesome Story by Lucia Jordan!!

Once again Lucia Jordan doesn't disappoint! I just bought this book and downloaded it, WOW! I couldn't stop listening until the last page and now I'm curious to the next installment. This author delivers yet another HOT and fun listen for a short escape in the day's routine.

Lucia Jordan certainly rocked my world with this book. I couldn't stop listening. Can't wait to listen to the rest of the book.

Gives you the thrills of dominance and ghost hunting. Never know what's going to happen right around the corner if it the man or ghosts

So far I love the story line. It has kept me interested from the first page. The characters are exciting and believable and it has just right amount of heated sex! I recommend this to anyone who loves listening hot dangerous romances.

I always enjoy her book so much I can listen many of her books on one day cause they are so great that I can stop listening ones I begging.

Amazing love it. Jared is a box of surprises love how he is in Some way a different dominants and every time I listen a new book from Lucia Jordan it get more and more interesting in her books