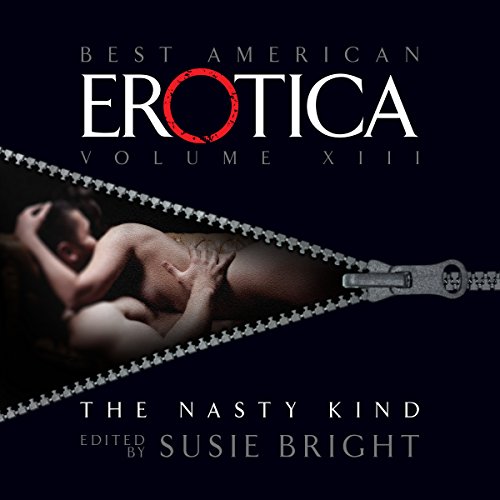 In Best American Erotica, Volume 13, Bright chooses stories that toy with the most sexually charged and fearless writing of the year.

Included in this collection:

"[Susie Bright is] the avatar of American erotica." (The New York Times)

Not every story was my kind of erotica, but there were many that were amazing and hit just the right spot. I plan to buy more from this series.

Not much worth talking about, poor story lines. Each story was a total waste of time not worth listening to.

What was most disappointing about the authors’s story?

The entire book of stories

Who would you have cast as narrator instead of the narrators?

words fail me. this book wasn't even mildly entertaining. spend your money elsewere!

Usually Susie’s taste is supreme, or at least comparable to mine. This selection though seemed to fall below her par. But of course it is only her review of what hit the erotica market it 2006. Maybe we all had a bad year.

One exception in the book is the story "Grifter" by Carol Queen, which is a sweet tale of revenge and just deserts. Alas even this story seems abridged, with missing details and a rushed ending.

To say this disappoints, isn't even close. Sorry Susie, love your stuff, but I guess even you have your bad days!