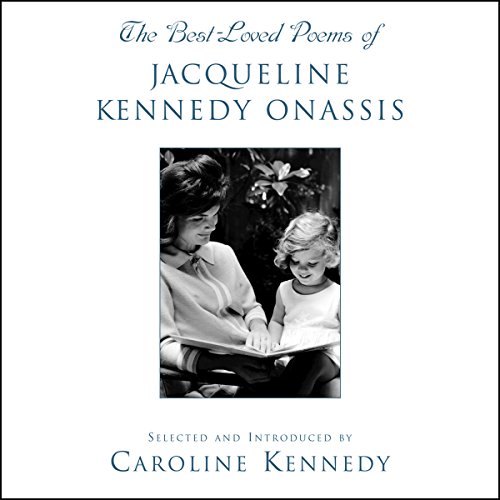 Jacqueline Kennedy Onassis loved literature, especially poetry. "Once you can express yourself," she wrote, "you can tell the world what you want from it.... All the changes in the world, for good or evil, were first brought about by words." Now Caroline Kennedy shares her mother's favorite poems and the inspiration behind her strong belief in the power of literature.

The poems presented span centuries and include works by such renowned authors as Langston Hughes, William Shakespeare, Homer, W. B. Yeats, Emily Dickinson, E. E. Cummings, and Robert Frost. This volume also includes poems by Jacqueline Kennedy, illuminated by Caroline's reflections on her mother's life and work. A wonderful volume for listening to together or by yourself, this book offers an intimate view of Jacqueline Kennedy Onassis' world and a poignant glimpse into her heart.

What made the experience of listening to The Best Loved Poems of Jacqueline Kennedy Onassis the most enjoyable?

What was one of the most memorable moments of The Best Loved Poems of Jacqueline Kennedy Onassis?

It is wonderful to hear Edward Kennedy's reading of "Paul Revere's Ride."