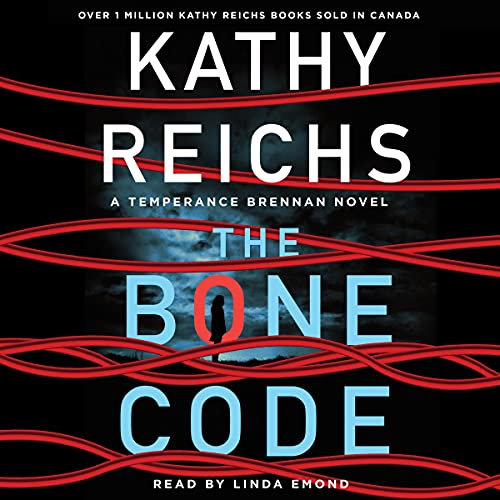 Number one New York Times best-selling author Kathy Reichs returns with her 20th gripping novel featuring forensic anthropologist Temperance Brennan, whose examinations, 15 years apart, of unidentified bodies washed up from the sea may be connected to a deadly new pestilence.

A storm has hit South Carolina, dredging up crimes of the past.

En route to Isle of Palms, a barrier island off the South Carolina coast, forensic anthropologist Temperance Brennan receives a call from the Charleston coroner. During the storm, a medical waste container has washed up on the beach. Inside are two decomposed bodies wrapped in plastic sheeting and bound with electrical wire. Chillingly, Tempe recognizes many details as identical to those of an unsolved case she handled in Quebec 15 earlier. With a growing sense of foreboding, she flies to Montreal to gather evidence and convince her boss Pierre LaManch to reopen the cold case. She also seeks the advice - and comfort - of her longtime beau Andrew Ryan.

Meanwhile, a storm of a different type gathers force in South Carolina. The citizens of Charleston are struck by capnocytophaga, a bacterium that, at its worst, can eat human flesh. Thousands panic and test themselves for a rare genetic mutation that may have rendered them vulnerable.

Shockingly, Tempe eventually deduces not only that the victims in both grisly murder cases are related, but that the murders and the disease outbreak also have a common cause.

An releavant story for the todays shy vacsers

Narrator brought you hook line and sinker into this book.Really Love this book tell you me.

The attempt at French was irritating. The story line is good but it’s bogged down with too many acronyms and scientists terms which just confuse the reader instead of adding authenticity.