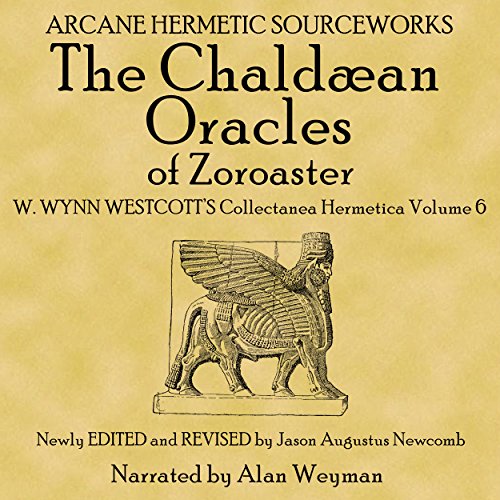 This is a heavily revised and updated version of this classic occult text. While the utterances and philosophy expressed in this book represent a concise statement of esoteric philosophy spanning several millennia, the importance of this work lies in part with whom it has influenced. Most if not all of the Golden Dawn initiates were affected by the aphorisms in this short tract. Aleister Crowley quotes from this book almost more than any other. Two of his favorite pet phrases - "invoke often" and "enflame thyself with praying" - were drawn directly from this book. Crowley's Thelemic ritual, the Star Ruby, calls upon the beings discussed throughout the Oracle. In fact much of Crowley's Thelemic metaphysics are influenced by this book. Many examples of the influence of this book are scattered throughout his writings, and the astute student of his writings will recognize many passages.

This also had a large influence upon the other adepts of the Golden Dawn as well as upon the movements that came to be known as Wicca and the New Age. This treatise can be savored again and again, bringing new insights with each study.

Exotic, Esoteric, and loved it!

This may be an acquired taste for some, so be patient and let the words sink in. If you're a fan of mystic knowledge from antiquity, this is very enjoyable work. I love all the books from Arcane Hermetic Books.

Its probably a good book, but the narrator has a major speech impediment that makes it painful to listen to,. He sounds like the Abbott from "Princess Bride" who says "wuv... twue wuv..." Just buy the text version instead.