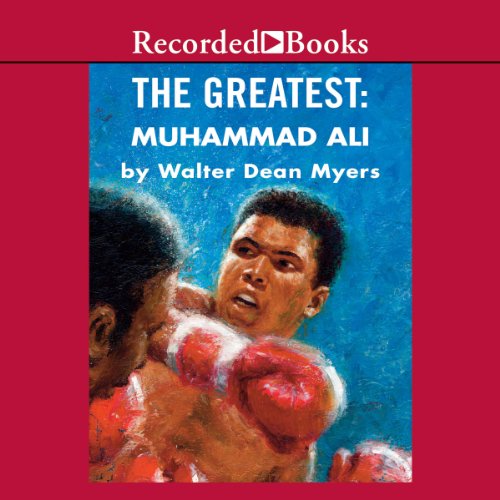 "Float like a butterfly, sting like a bee." This was one of the most famous catch-phrases of boxing legend Muhammad Ali.

Rising from poverty-stricken Louisville in the 1950s, Ali became one of the world's greatest athletes. Beginning life as Cassius Clay, Ali would struggle against opponents both in and out of the ring.

Segregation and racism stood as obstacles in his path, but as he climbed the boxing ranks, his social conscience grew. He refused to be pigeonholed as a stereotypical black athlete in the 1960s and changed his name to Muhammad Ali after converting to Islam. Fighting for social justice even as his brutal profession took its toll on his body and mind, his spirit was never defeated.

Overcome your fears as you listen to the greatest and how he overcame his fears. Muhamed Ali faced more in his limited time and this book gave me a lot of insight into the struggles that a black man (or woman) had to endure in the 50s 60s and 70s

I enjoyed listening to this narrator J.D. It was a very good storyline and I wish to here another book like this😁