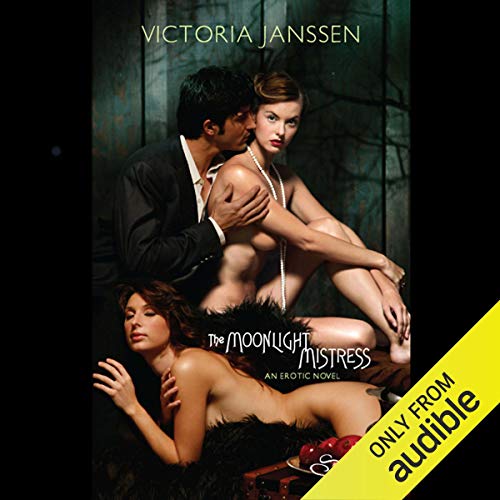 It is the eve of the Great War, and English chemist Lucilla Osbourne finds herself trapped on hostile German soil. Panicked and alone, she turns to a young Frenchman for shelter. Together they spend a night of intense passion, but their dangerous circumstances won't allow more than a brief affair.

Even with the memory of Lucilla's lushness ever present, scientist Pascal Fournier is distracted by his reason for being in enemy territory - Tanneken Claes has information Pascal could use against the enemy but, even more extraordinary...she's a werewolf.

After entrusting Pascal with her secret, Tanneken and her mate, Noel, are captured. Suspecting a rogue scientist rumored to have a fascination with werewolves is behind the abduction, Pascal knows he must act fast to save them. He's all too aware of Professor Kauz's reputed perversions and lust for control....

As war rages, Pascal and Lucilla combine efforts to stop Kauz, struggling with danger, power and secret desires transformed by the unyielding hunger for the beating of a lover's heart.

Do Not Judge this Book By Its Cover ...

or maybe you should. I had forgotten the synopsis to this book by the time I started reading it. It starts out as a suspense novel, the two main characters trying to flee Germany at the outbreak of World War 1. There is sex, and it is interesting because of the relationship between the two and the age difference. Then they go on a road trip and get to know each other, fleeing, as war looms on the horizon.

So then, back to the War. A very detailed description of the miserable early days of World War 1, seen from the viewpoint of several young and untried British officers and enlisted men, as well as nurses at the hospital on the front. The details of the journey to France, their advance through the French countryside and their initial introductions to combat are realistic and well written. The conditions at the hospital are described in interesting detail. Throw in some social issues of the day - homosexuality is still illegal in Britian and evidently being Jewish or even Catholic isn't a whole lot better and these issues are discussed in the context of the war and how it changed the world. There is more sex. This time interesting because of the social issues mentioned above.

And then ... a cross dressing bat-man and ... more Werewolfs!

It felt like two books had been torn apart by chapters, several chapters thrown away and then the rest interspersed into one book.

And yet, somehow, it worked. The characters were all interesting, especially the two main characters a 40-something spinster/scientist and a considerably younger, but just as eccentric, French spy.

As for the cover, I get the guy - the Gallic nose is mentioned in the book. But he is the only person in clothes. Did the artist think making him naked too would make it harder to identify the nose as "Gallic"? And which naked woman is the 40-something spinster and which is the werewolf? And if the bottom woman is the werewolf, it looks like she is laying on an animal fur. How creepy is that? And what is with the pearls? Neither the middle aged spinster/scientist/nurse or the werewolf seemed the pearl type.

But don't let the cover deter you. This was a pretty good read. I recommend it.