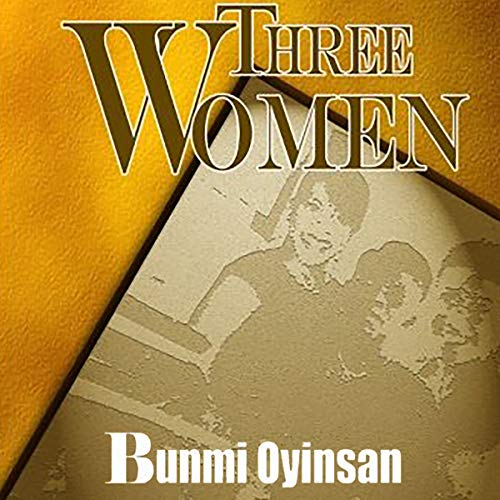 With its multiple first-person perspectives in the form of letters and journal entries, Three Women portrays the inner workings of a modern African family as they face common relationship, love, family, and life problems.

A strong and reflective soul, Aduke is ostracized from her family when she is accused of witchcraft. Her daughter, Ibidun, confused and rebellious, is raised to distrust her, but after getting pregnant as a teenager, she is forced to seek out her mother for help. Compelled by circumstances, Ibidun is forced to leave her infant daughter in her mother’s care. The years pass as Aduke and her granddaughter, Oyinkan, two outcasts haunted by the fact they were born outside wedlock, become so close that it appears they merge into one being, governed by seemingly synchronic movements.

However, as Oyinkan is on the threshold of adulthood at 12 years of age, her precarious world is shattered by the death of her beloved grandmother. Left bereft and alone in the world, Oyinkan must return to live with Ibidun, her mother, after more than a decade without her.

Ibidun, now a self-effacing “new Nigerian woman” struggles to figure out how to introduce her illegitimate daughter into life with her new family. Her husband, Tonye, barely condones Oyinkan’s presence, and the young girl must learn how to live among half-siblings whom she’s never met and who do not even know she is their sister.

Finally driven into the arms of the first man who finds her attractive, Kole, by constant neglect and abuse at her new family’s hands, Oyinkan elopes, but their lives are gradually dominated by Kole’s psychological baggage stemming from a childhood dominated by an abusive stepmother. Oyinkan’s hopes for a fresh start with her young son and husband does not materialize into the happiness for which she has always longed.

Marriage only further compounds Oyinkan’s life. Exhausted and betrayed when her husband, Kole, like her grandfather and stepfather, has an affair and announces he is to have a child with the woman. When she accidentally discovers her grandmother’s journals in which the hidden story of Aduke’s life has been meticulously recorded, Oyinkan cracks because the story revels so much of Aduke’s life that it begins to haunt Oyinkan. She is forced to confront the relationship between the facts in the journal and the fiction that has shaped the lives of all three women.

Oyinkan decides she will fare better passing for a man. She moves to the city where her son is studying in the university and starts cross-dressing. This only further complicates her life as Kole, during a fit of drunkenness, jumps to the conclusion that she is a man having a homosexual affair.