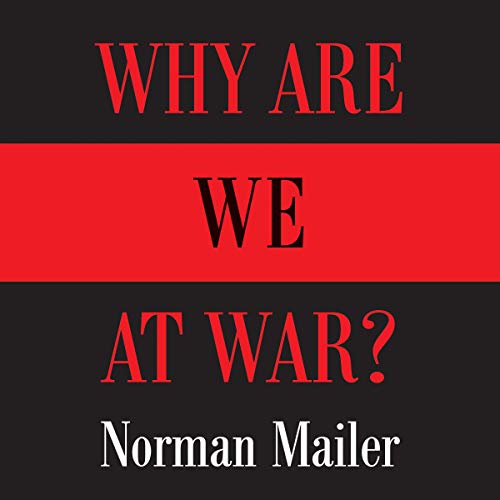 Why Are We at War?

Beginning with his debut masterpiece, The Naked and the Dead, Norman Mailer has repeatedly told the truth about war. Why Are We at War? returns Mailer to the gravity of the battlefield and the grand hubris of the politicians who send soldiers there to die. First published in the early days of the Iraq War, Why Are We at War? is an explosive argument about the American quest for empire that still carries weight today. Scrutinizing the Bush administration's words and actions, Mailer unleashes his trademark moral rigor: "Because democracy is noble, it is always endangered.... To assume blithely that we can export democracy into any country we choose can serve paradoxically to encourage more fascism at home and abroad."

©2003 Norman Mailer. (P)2016 Brilliance Audio, all rights reserved. Grateful acknowledgment is made to Copyright Clearance Center for permission to reprint an excerpt from "US Technological Supremacy Is in Danger" by Scott A. Bass from the Boston Globe, February 1, 2003, copyright © 2003 by Globe Newspaper Co (MA). Reproduced with permission of GLOBE NEWSPAPER CO (MA) in the format Trade Book via Copyright Clearance Center.

Ce que les auditeurs disent de Why Are We at War?