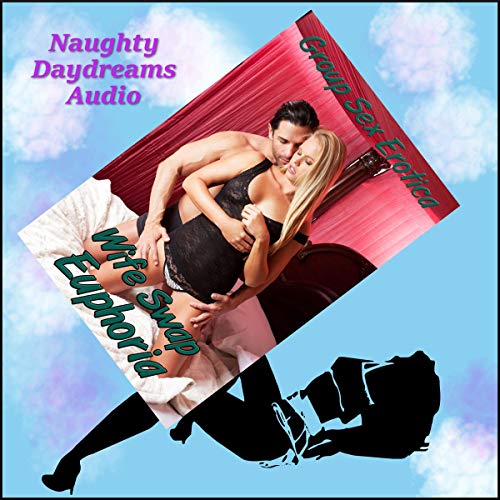 TJ wakes up on her wedding bed with her best friend’s mouth on her p---y. She’s shocked by Monica’s presence in the honeymoon suite, but what her mouth does is incredible! Things get even weirder because Monica’s husband Mark is there along with TJ’s husband and a complete stranger! Before long, this bride is behaving like a perfect s--t wife because Richard is perfectly fine telling the others, “f--k my wife” and TJ has no problem at all telling her best friend she’s willing to share her husband!

Sarah Greggor is back with her tales of men who like to say, “f--k my wife” and women who like wife sharing. Her guest on her wildly popular show, The Wife Swap Chronicles, is Jane, a woman who wants nothing more than to tell her husband, “f--k my friend”. This time, a game of strip poker starts up the action, and this game is just filled with action!

Two hot wives and their husbands decide to play strip poker one Friday night. The s--tty housewives both want to have sex with their husband's friend and what better way to get some wife swap action started than to get naked together. This strip poker game will get the neighbors better acquainted than they ever dreamed of.

Bella is getting tired of all the wild stories Jeff and Macie always tell her and her husband when they hang out together. Finally, she and Craig decide to play a little trick. They’ll come on to their friends and watch them back off and admit they’re not really the wild swingers they claim to be. That was the plan anyway. What happens instead is a very rough wife swap group sex evening and Bella’s transformation from a fuddy duddy to a complete s--t wife!

Two buddies decide that they need to place a bet on the football bowl game that features both of their old colleges. Both are dead sure that their team cannot possibly loose so the stakes must be huge! They both have hot wives so maybe that could play into it some how. I wonder...What if the looser has to share his wife with the winner? Sounds like a great idea. Oh yea, each wife has to strip during the game when the other team scores.

Ever since Susan and Angela enjoyed their first lesbian encounter and ended up in a torrid threesome with Susan’s husband Griffin when he caught them in the act, Griffin has been excited about the prospects of getting Angela’s husband involved for a foursome. Watching his wife and his partner Jason’s wife have lesbian sex was great, and getting a chance to take two women at the same time was incredible, but more than anything he wants to tell his partner, “b--g my wife”! He knows the girls are still seeing each other, doing everything they can to relive the fun of their first lesbian experience, and he has a plan. It worked to catch them the first time, so why not arrange for both of them to be caught again, and this time by Jason, too? How will the ladies react? Will they want to share their husbands?