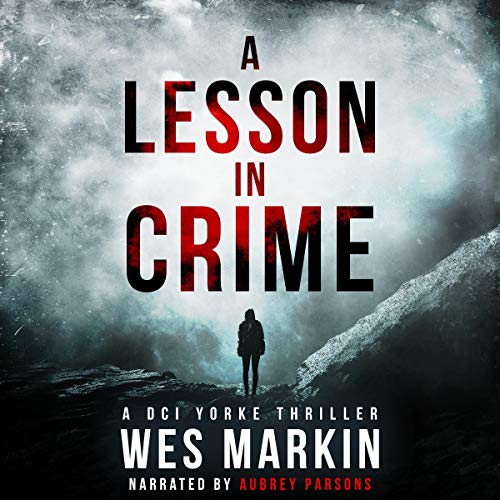 A Lesson in Crime

Your student years should be the most carefree years of your life.

Not for Michael Yorke.

When a student party ends in violent murder, Michael Yorke begins to realise he harbours a fascination with crime which goes way beyond the norm.

Driven to discover the truth behind a series of murders which shocks the university community, Yorke turns his back on those closest to him: His girlfriend, Charlotte, and his best friend, Brandon. With bloody and disastrous consequences.

A super-fast one-hour thrill ride, which will define the relentless and compassionate police officer who stars in One Last Prayer for the Rays.

What listeners say about A Lesson in Crime

A Lesson in Crime

I really enjoyed this story. I had a good inclination where it was going near the start of the book, but I liked how it was written and I am looking forward to reading the other books in the series.

What a great story

This was my first Wes Markin book & I am hooked. The story was well written & loved the characters. I can't wait to read book 1 in the series. Great job Wes.

This story was very well written and didn’t drag on like some do.

The characters were developed well and went perfectly with the plot.

I was voluntarily provided this review copy audiobook at no charge by the author, narrator, and/or publisher.

I voluntarily left this review.

I received this book for free for a honest review.  I loved the characters and storyline.  it flowed very well and held together.  The narrator did an excellent job of bringing the characters to life.  reccomend

This novella flew by and not because it is short. I got caught up in Michael Yorke’s character and what would happen next. I am grateful that my college days (ages ago) were far tamer! The ending took me by surprise.

This was a good, short mystery story. It's interesting to hear why some people do bad things.

Loved This Start to a New Series

I received this book in exchange for my honest review.
Compelling story combined with talented narration made for a book that hooked me from the start. The characters were interesting and believable, and I was kept guessing about "who done it" all the way to the end. I look forward to reading more books in this series!

This a great entry into the series! It left me wanting more! I loved the narrator! Aubrey is very engaging!

Now I need the rest of the series!

Confession time: I did *not* figure out who the murderer was before the reveal. Usually I can, but not this time.

I wasn’t sure about the narrator at first, but after just a couple of minutes he grew on me.