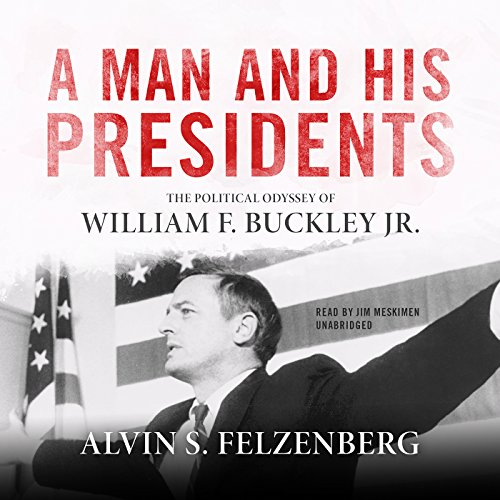 A Man and His Presidents

William F. Buckley Jr. is widely regarded as the most influential American conservative writer, activist, and organizer in the postwar era. In this nuanced biography, Alvin Felzenberg sheds light on little-known aspects of Buckley's career, including his role as back-channel adviser to policy makers, his intimate friendship with both Ronald and Nancy Reagan, his changing views on civil rights, and his break with George W. Bush over the Iraq War.

Felzenberg demonstrates how Buckley conveyed his message across multiple platforms and drew upon his vast network of contacts, his personal charm, his extraordinary wit, and his celebrity status to move the center of political gravity in the United States closer to his point of view. This account of one of the most compelling personalities of American politics will appeal to conservatives, liberals, and even the apolitical.

What listeners say about A Man and His Presidents

Wonderful book about a great man!

This book tells the true story of a great man that truly did affect the world. In my opinion, so much for the better.

Best book on the beginning of the Conservatism movement I have ever read. highly recommend.

It's OK to change your mind.

This book does a great job of tracing Buckley's journey as the leader of the modern conservative movement. My favorite part of the book is the story of how Buckley remained true to his principles, but was willing to change his mind on individual issues over time. The two are not incompatible, and we could learn many lessons from this example today.

A life with Presidents

Felzenberg did a great job presenting WIlliam F. Buckley in a different light and really added to my respect and awe of the man. Meskimen did a good job of narration.