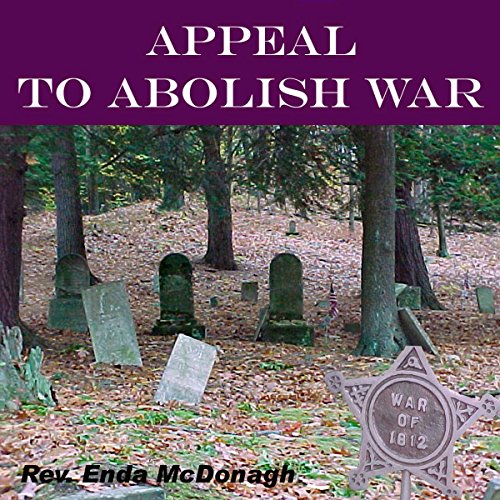 Originally, a proponent of the “just war theory”, Rev. McDonagh shows how he has transcended his original position due to his working for peace around the world. He gives the history and the limitations of the just war theory and insists the believers as individuals and the Church as a whole need to work to break our addiction to violence as a way of solving human conflict. He quotes Eisenhower, the great general of WWII and president of the United States: “Every gun that is made, every warship launched, every rocket fired signifies a theft from those who hunger and are not fed and those who are cold and are not clothed: this world in arms is not spending money alone but the sweat of its labor, the genius of its scientist, the hope of its children.” He calls upon the disciples of Christ to fulfill their priestly, prophetic and kingly tasks as captured in the Sermon on the Mount. The priestly task affirms the transcendence and power of God. The prophetic urges us to take care of our neighbors, the weak, the widow, the orphan, the stranger. The kingly task is to wisely organize a better society. The speaker challenges the listener to consider the possibility that war as a way of resolving conflict can be overcome. However, he illustrates that there are terrible risks in peace as well as in war. He challenges the traditional pacifists to leave their ivory towers and get involved with the difficult and thankless tasks of dealing with the real world with its enormous problems. This is a thought-provoking program of faith. After hearing this you will understand the depth and breath and profound longing that comes from our liturgical greeting “Peace, be with you”.

What listeners say about Appeal to Abolish War

This about sums up my political views. Except...

Except, I don't believe that Man is capable of governing mankind, and that goes for women too.