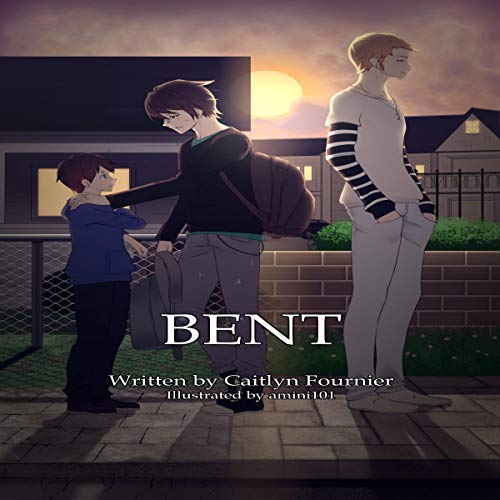 Written by: Caitlyn Fournier
Narrated by: James Cortes
Try for $0.00

"Wait, how did I make you quit? You reek of smoke," Sebastian replied starting to get annoyed with talking to drunken Danny. He rolled down Danny's side window a crack to try to get rid of some of the smoke smell.

"Oh, do I? My friends were smoking around me at the party. Can I shower at your place to get rid of the smell?" Danny asked avoiding the first question entirely.

"You can, but you avoided the first question, Danny."

"How did I make you quit smoking?"

"Oh right, that. Well, ever since I found out that you didn't like the smell of smoke I've tried a couple times to quit, and this would be the longest I've gone so far without a smoke."

"Why did it matter to you that I didn't like the smell of smoke?"

"Well, that's because I like you," Danny replied simply smiling like an idiot as he slowly began to nod off.

Danny will do whatever it takes to protect his younger brother, but when he meets Sebastian, the new kid in town, he questions everything that he was led to believe. There is a shadow over Sebastian as he tries his best to move on and forget the traumatic incident that had happened back in his hometown.

Being forced to work together Danny brings back the worst parts of Sebastian's past, and Danny rediscovers his own closeted skeletons that Sebastian had brought back to life.

Trigger warning: There are some graphic scenes and depictions of alcoholism, physical abuse, kidnapping, substance abuse, and self-harm, to name a few.

What listeners say about Bent

This book wasnt my normal genre. I couldnt make it past chapter 10. I couldnt get into it. Couldnt hold my attention long. I tried. The performers voice for me increase migraine. I will try at later time again.