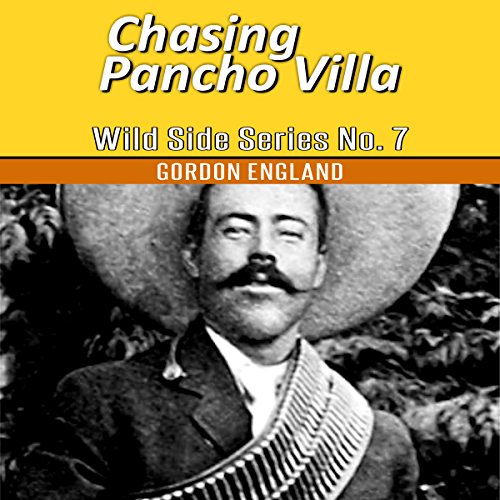 Written by: Gordon England
Narrated by: Ken Robinson
Try for $0.00

In 1916, Pancho Villa crossed into New Mexico and attacked the town of Columbus, killing civilians and soldiers, burned the town, and stole supplies. He fled back to Mexico hiding in the mountains of Chihuahua. President Woodrow Wilson sent Major General Blackjack Pershing and Lieutenant George Patton into Mexico to exact revenge in what was called the Mexican Expedition.

In this story, Patton uses airplanes and vehicles in a first for warfare and the last calvary charge on horseback chases Pancho through rugged Mexican mountains and canyons. Many soldiers in this campaign were Buffalo Soldiers, units of black man who excelled in Indian warfare.

This true short story is a composite of stories told to me by two tough old Texans who were in the Mexican border wars. Names have been changed, but most of the events are real.

What listeners say about Chasing Pancho Villa: Wild Side Series No. 7