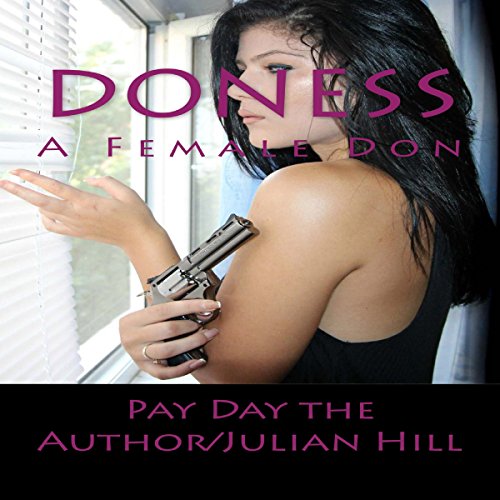 Doness features Felicia, who lost her father at a young age. Her father was connected to organized crime. It's a life that she never knew until she became 18 years old. At that time, her father's journals are bequeathed to her. Along with them come a family friend who discloses and advises Felicia on the next steps to take to avenge her father's death.

There are those who wish to let old and buried situtations remain that way. Felicia must decide whether eliminating her father's enemies is in her own best interest. No one suspects she holds the power to well-linked networks of people that promise to assist given the proper order.

She learns and adapts quickly. Doness is an example of how revenge can last throughout generations in some societies. Felicia alone could rule an empire. For general adult audiences; especially those that enjoy crime fiction novellas.