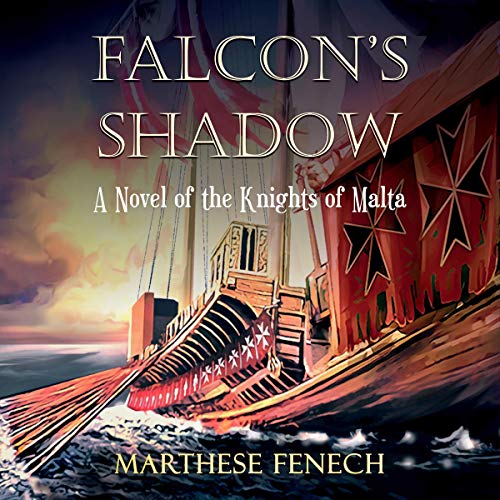 Falcon's Shadow: A Novel of the Knights of Malta

Written by: Marthese Fenech
Narrated by: Simon Hester
Try for $0.00

The ghosts of war leave no footprints. When legendary Ottoman seaman Dragut Rais attacked the Maltese islands in 1551, his army left Gozo a smoking ruin emptied of its entire population.

Among the 5,000 carried into slavery is Augustine Montesa, father of Domenicus and Katrina. Wounded and broken, Domenicus vows to find his father, even if it means abandoning Angelica, his betrothed. Armed with only a topaz to serve as ransom, he sets out on a journey that sees him forcibly recruited from the streets of Europe and thrown into the frontline.

On Malta, Katrina struggles to find work after the Grand Master has her publicly flogged for speaking out against him. When, at last, she stumbles upon a promising position, all is not as it seems. Her job forces her to confront a terrible truth — one that may prove disastrous for Robert, the man she loves.

Hundreds of leagues to the east in Istanbul, Demir, son of a wealthy Turkish bey, works hard to become an imperial Ottoman horseman, despite having to endure the cruelty of his father and half-brother. Life takes an unexpected turn the moment Demir encounters a young woman, stolen from Malta, brought into the household as another of his father’s servants.

Falcon’s Shadow sweeps from quarry pits to sprawling estates, tumultuous seas to creaking gallows, the dungeons beneath the bishop’s palace to the open decks of warships. Fates will collide at the Battle of Djerba, a momentous clash which unites lost kin, only to tear them apart once more.

What listeners say about Falcon's Shadow: A Novel of the Knights of Malta

It was so easy to become invested in the characters. I laughed. I cried. I can't wait for more.

Mesmerized by the narrator

Great book. A long enjoyable listen.
Well done to the author and narrator.
Love the language style as well.