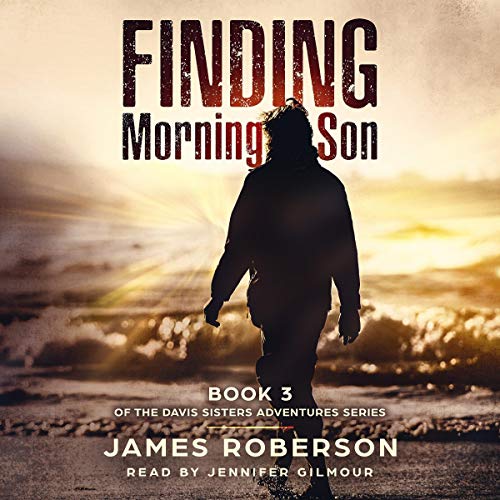 Written by: James Roberson
Narrated by: Jennifer Gilmour
Try for $0.00

Anthony Mareno Peron is the son of South American terrorist, drug lord, and political activist Antonio Peron. When the elder Peron and most of the leadership of his organization, known collectively as Peronists, is killed by US agents in Venezuela, his much more vicious and ambitious son takes control of the organization. The younger Peron re-names his family's criminal business empire Morning Son. When Morning Son aggressively begins expanding it's operations into the continental US, the US Department of Defense assigns its highly classified and secretive agency, ATUR, to find and destroy A.M. Peron and Morning Son. The search takes ATUR members Kat Davis, Karlie Davis and their highly trained associates the South Pacific, New Zealand, throughout North America, and Europe. Though the Davis Sisters find and destroy both A.M. Peron and Morning Son, success comes at a high cost and leaves both the Department of Defense and ATUR with more questions than answers.

The diverse cast of characters in Finding Morning Son provides a unique historical look at the dark underside of espionage and counter-espionage, as the Davis Sisters and their team learn how far-reaching touch of the one-time small South American terrorist organization has grown. Their previous adventure of finding and destroying a group of international billionaires, who planned to disrupt global banking and communications, and control the world, almost killed Katherine "Kat" Davis and nearly emotionally destroyed her sister, Karlie Davis. Finding their own identity in this experience forces them to take a much more hard-core approach to find Morning Son.