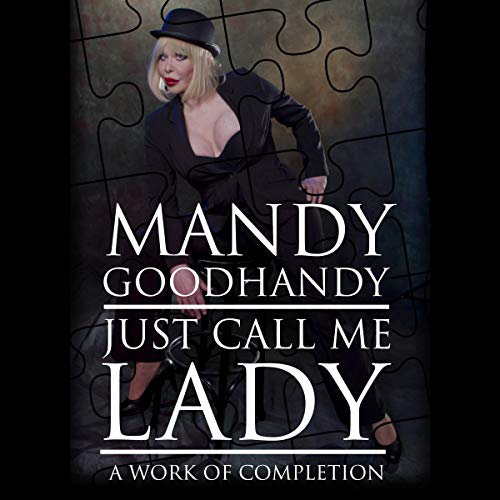 Just Call Me Lady: A Work of Completion

A memoir by Mandy Goodhandy

Not just another transgender person's "transition" story. Mandy Goodhandy aka Amanda Taylor considers this a story of her completion as a human being. She was a little girl born in Scotland.

Mainstream society's rude awakening forced her to live as a boy for survival. This is a journey of discovery and survival told with sometimes shocking honesty while including humour during some disturbingly touching life events.

She must give an Academy Award-worthy performance to act as a boy and then a man. Later in life, she forgives herself for allowing society to force her to live as a character.

She then finally finds completion by allowing the little girl from her past to live again, along with the parts of herself that she discovered along the way. From the school bullying, adventures with the sea cadets, college life, camp counseling, music theater, serving in gay bars, performing as a drag queen, becoming a male stripper and agent, entertainment director, sex worker and transgender advocate, this book contains many interesting chapters. And provides many life messages and discoveries especially to young transgender and queer people, who may be not feeling complete.

What listeners say about Just Call Me Lady: A Work of Completion