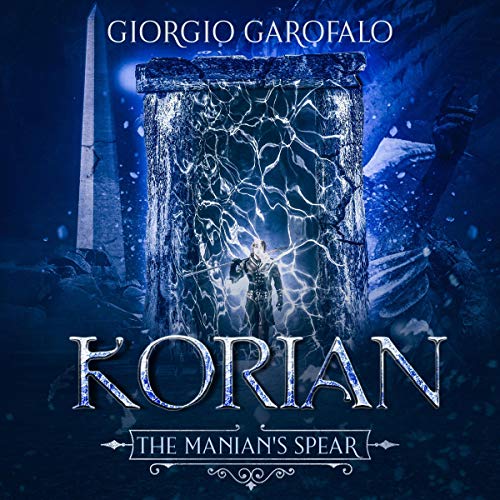 Written by: Giorgio Garofalo
Narrated by: Aaron Smith
Try for $0.00

A stunning blend of mysticism, myth, nature, and adventure.

We all have a dark side. His destroys worlds.

Endura is a wondrous world full of mystery and magic. Its citizens - humans and firstlings, a docile humanoid species - are just as wondrous, having no propensity in their nature for hatred, malice, and wrath. In the early new age, a human boy is drawn to a mysterious eight-foot, rectangular-shaped metal object in the desert.

Centuries later, an ancient evil emerges from Endura’s underbelly, unleashing a sea of animated corpses, slaves to a shadowy dark figure wielding power over darkness. Two events separated temporally and spatially, but linked, plunge Endura into a dark fate. The vulnerable races, with no capacity for conflict and violence, have no way to resist such wickedness. The gods devise an elaborate scheme and gift the races the Azura: a super-being foretold to restore balance to the spirit world. But under the weight of evil’s influence, even divine plans can go astray.

One last hope, hidden in the dying breath of an old sorcerer, thrusts a legacy upon three unwary outcasts: Doric, Will, and Korian. Each boy is hurled into torture, isolation, and segregation, with only themselves and the spirit of love, longing, and hope to drive them. Mysterious guides, a portal, an enchanted spear, epic battles, and betrayal await them as they look to solve the mystery behind the Azura and the metal object. Its truth is a double-edged sword: the key to salvation on one side, a path to ruin on the other.

The boys must outwit the shadowy figure, learn the secret to the Azura’s power, and figure a way around their passive nature to mount a resistance - before there won't be anything left to save.

Korian: The Manian's Spear is good for young adult and adult listeners.

What listeners say about Korian: The Manian's Spear

I really enjoyed it! This book was full of action, adventure, drama and very imaginative! The narration was excellent and kept me entertained! The author did an excellent job with the character builds and plot! This was my first book by this author but definitely not my last! I can't wait to read the next book in this series! I was given this free review copy audiobook at my request and have voluntarily left this review.

The author paints a world for us, rich in history and lore, with hints of even greater secrets scattered about for us. Initially there are a lot of characters, taking longer for us to get to know or be invested in them, but that isn't necessarily a bad thing. Also, not all of them will survive, even after we may have become attached to them. Most major characters do feel unique, though some could use a bit more self-motivation to be more than a cog on the wheel. We also see frequent use of a mechanism meant to make us think briefly that someone/something has died and surprise us with their continued existence. It didn't really work for me and did pull my thoughts out of the story for a moment. These are small things though, as I did find it an enjoyable and engaging tale. - -

I thought the performance of the narrator was very well done. He has enough range to easily know who is speaking, he conveys a decent amount of emotion, and his pacing is good. As a bonus, I got a kick out of a certain voice sounding quite a bit like Darth Vader. While the performance very good, the audio production did have some issues. Not the least of this were changes in volume level and background hiss indicating where segments must have been re-recorded. It happened fairly often and was noticeable, but I didn't feel it warranted removing a star from the narrator's performance. - -

I was given a free review copy of this audiobook at my request and have voluntarily left this honest review.