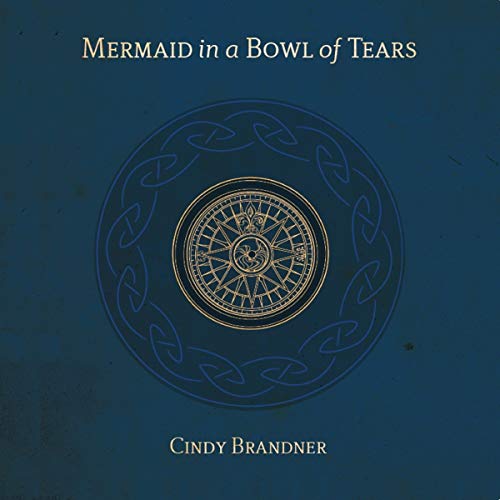 Mermaid in a Bowl of Tears

Written by: Cindy Brandner
Narrated by: Gary Furlong
Try for $0.00

While Pamela appears to flourish in the arena of Boston Irish society, Casey struggles to survive in a sphere where his presence has become increasingly inconvenient. Betrayed and blackmailed by friend and foe, the Riordans are forced to make desperate choices that bear heavy consequences. In the wake of tragedy, they return to Ireland and an alliance with James Kirkpatrick. It is here the bonds of love are tested - by the bloody price of rebellion, a past that is fraught with dangers of its own, friendships that carry a steep price, and a secret that threatens to tear their lives apart.

Set against the backdrop of the gritty streets of Southie and the heartbreaking beauty of Ireland, Mermaid in a Bowl of Tears is a tale of the invincibility of the human spirit, imbued with the passion, humor, and magic inherent to the Emerald Isle.

What listeners say about Mermaid in a Bowl of Tears

Historical Fiction at its Finest!

Mermaid in a Bowl of Tears is the second book in this phenomenal series and the continuation of this epic story around the lives of Casey, Pamela, Jamie, Patrick, and a host of memorable characters and how they navigate through the terrible tragedy that is The Troubles.

This part of the story takes us to South Boston for a time and continues back in Ireland. Cindy weaves a fantastic tale full of history, poetry, betrayal, love, heartache, and survival. It will leave you craving more, and more you shall have.

I love this series with every fibre of my being!
I first read Mermaids in 2015 and again when the audiobook was released in 2018.

I am completely enamored! The audio takes you on a plane of existence that you didn’t even know was there. Pairing the book with the audio and to experience a story like this is so much different from watching it in a movie format. Gary Furlong is a master at his trade and he does not disappoint! I thought he did a fantastic job with Exit Unicorns. He takes it up quite a few notches for Mermaids!

I am very much looking forward to him doing the rest of the series because honestly; I don’t know if anyone else could do it justice.

I have enjoyed this experience so much that I have re-listened to several chapters more than once! I love it that much!!

I have to admit that I didn’t know that much about the details of the history of Ireland and England. Cindy Brandner does a fantastic job at weaving in the history amongst a great love story. Gary Furlong has a beautiful voice and makes you want to listen to the story. I can’t wait to hear book #3!

in a lifetime of reading, I can't remember a story that's spoken to me more. my heart soars and breaks with each and every part of the tale. I love the characters as if they were my own kin and sisters/ brothers of my heart. Cindy's prose is pure poetry, the images she writes are etched like fine paintings in my mind's eye. the flavors of her words linger long after I've read or listened to them. having read all the (so far) books twice, I'm now enjoying listening. it brings a new dimension to the story. I can't think of these as separate books but simply a (hopefully) neverending tale. gratitude for your work Cindy and for those new to Exit Unicorns, you are in for the treat of your reading/listening life. enjoy ❣️

This segment of the strong, passionate and some times humorous story of two people and those around them, truly touched my heart. Much just washed over me, not to be forgotten any time soon. The performance by Gary for certain has added to the intense nature of the look at life in the time and place the author is so good at showing us.

This is the 2nd book in a series of 4 (soon to be 5!) books. It is the second one available in the listening format. I love this book and I love the narrator! I highly recommend any book by Cindy Brandner. Listening to books is great for me as I am too busy to sit and read. And Gary is an excellent narrator. A+++ for Cindy and her series!!

Do not miss Mermaid in a Bowl of Tears!

This second book in Cindy Brandner's series, beginning with Exit Unicorns, picks up with Casey and Pamela Riordan leaving Ireland to journey to the United States, and settling in South Boston. Their dreams of finding a more peaceful and less dangerous life are soon shattered when they find themselves surrounded by political corruption and organized crime. Their marriage and even their lives are threatened and they are forced to return to Ireland where the same problems they fled still exist.

Cindy Brandner's exquisite story has you clinging to every moment of the lives of Casey and Pamela, and the Lord James Kirkpatrick! You won't want to miss anything in this story as it sweeps you along with the historical accuracy of the times in the late 60's and into the 70's with it's twists and turns and wonderful characters. You will laugh and you will cry along the way but you will not want to stop listening. Gary Furlong's narration is even more wonderful than in Exit Unicorns with the introduction of colorful American characters as well as new Irish ones. After reading the four books in this series, each more than once, I found listening to the audible versions of the first two books to be magical!

The Exit series is magical and hearing it on Audible adds another full dimension to the story.

Listening after reading twice, and loving it more!

The story that I am already familiar with, having read the series twice, has a quality in the telling audibly that makes it feel more as if I'm immersed in it. I sometimes am conscious of it being told as a tale, as an Irish story might, but soon I am in a world of beauty, love and emotion and all types of fear, rage and hate . The descriptions are strikingly well composed and explanations of the situation are made to fit well within the story, while being quite balanced and reasonable for such a contentious subject.

Even better than Exit Unicorns!

I really enjoyed Gary’s narration for this book. He really does do various accents well so that you feel a distinct character from each person. Cindy’s writing is magnificent , she really captures the times well. It’s poignant, and melancholy, as it’s meant to be. It was hard hearing the demise of certain characters after already “living” them through the first reading of this book. Cindy gets an A+ from me! If you have finished her book with a dry eye you must be a sociopath, j/k.

I loved reading this book, but so very much enjoyed listening more. The story is heart-wrenching at times and riveting at all times. The narration just serves to heighten all the emotion. Another fabulous rendition!