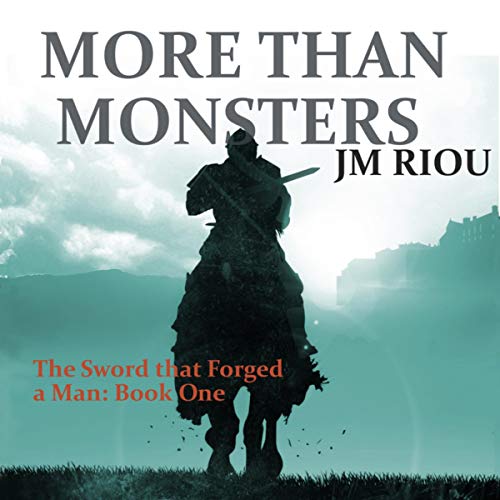 "Orcs and fights and treasure, and a little slip of a girl to lead us to it!"

The frontier town of Retham is doomed. A monster invasion overran the garrison and sacked the baron's country estate. The army that chased them back to the wilderness was ambushed by a much larger force of orcs. They barely escaped with their lives. Now all the frontiersmen and homesteaders are hiding behind the town's defensive walls.

Baron Rethamir should have got more soldiers from the duke, but instead he hired mercenaries. No, not mercenaries, sicarians. Big city heroes for hire and they're licensed to use magic. They'd be fine but there's only four of them and they have to beat a swarm of five hundred monsters or more. An orphaned peasant turned hunter named Cora has to lead these four scoundrels to the heart of the orc army. And they haven't sobered since they arrived.

Welcome to the fantasy world of Phlegam. Knights and quests have been replaced by musketeers, cannons and chartered companies of heroes. Magic infuses this early industrial age, and the aristocracy clings to power with the help of the help of the Court Church’s divine power.

Like our own Enlightenment Age, this land is known for constant wars between nobles, but those leaders must also fight the monsters of the frontier. You will discover more battle and adventure in this short tale than most books ten times as long.

What listeners say about More than Monsters

This was a well written book and the fact that he used his friends and other people to help his narration was very different from what I am used to. I love fantasy and was excited to start this book. I was not disappointed. If you pick this up, you wont be either. Check out the sample first to make sure you like the type of narration as it DID throw me off at first.

Well written, fun, great characters and hit every single button for a fantasy book. I loved it!

This audiobook starts smoothly, with a progressively more active storyline. It’s a really attention grabbing narrative, especially since the narrator/author displays a good skill at verbally displaying needed emotions for this story. This shows good vocal pressure.
I would recommend this audiobook for ages 17 and older due to some strong sexual innuendos and strong language.
I was given this audiobook for free and I freely give it my rating and opinion

If you love classic fantasy, detailed fight scenes, and the underdog hero, this story is for you. Well written and richly acted out by the author and his band of friends, it has a theatrical type feel to it. It was good, fun, and full of life. You can tell there is a lot of backstory to the characters that are undercurrents to the story. It won't disappoint. Give the sample a listen, and then don't hesitate.