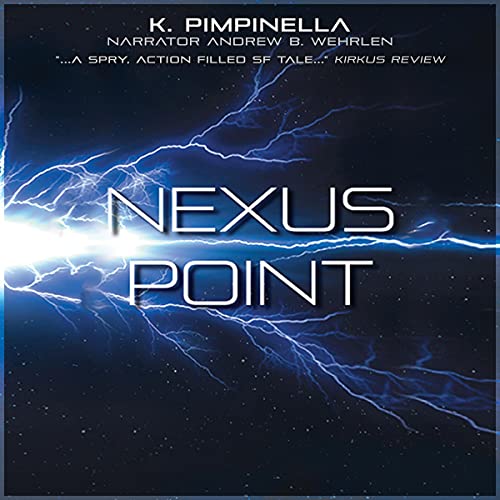 Written by: K. Pimpinella
Narrated by: Andrew Wehrlen
Try for $0.00

Late in the 22nd century, teams of Time Rangers travel back in history to capture Time Runners, renegade time travellers who endanger the future by changing the past. Kai Sawyer, son of a rear admiral who was a founding member of the Time Ranger unit, is a Spawn, a genetically enhanced human with powerful strength and abilities. But despite his advantages, he carries the burden of his father’s cold and calculated plans for Kai’s future.

As Kai rises through the ranks to become the Time Rangers’ youngest commander ever, he must constantly prove himself to fend off perceptions, even from his own team, that nepotism is behind his meteoric rise. But when Kai and his team are sent to 17th-century France to capture a sadistic Time Runner altering the arc of medical advances, Kai finds his considerable strengths used against him. And he fears that he might be a pawn in a dark scheme concocted by mysterious forces even he can’t defeat.

What listeners say about Nexus Point

Great Book, not a huge fan of the narrator

I bought the hardcover when it was released and fell in love with it. I've read it 4 or 5 times since and can't wait for the next book in the series.

The only real downer is the narrators performance, I'm not sure if it's because I hear different inflections and intonations in my head when I read or if Andrews reading is just.... off. It's very wooden and stilted, at least to me. I don't feel any emotion coming from him... jokes and light hearted bits in the book just fell flat or weren't funny.

This is NOT a reflection on the author or the book...at all.. JUST on the performance itself. Dont let this review prevent you from buying the book or listening to it here.

Perhaps if this is your introduction to the book you'll really love the performance as you aren't attached to the characters yet. If you DONT like the performance, buy the book and read it for yourself. You will NOT be disappointed, I promise.

this book has way too much bad language to enjoy. it's like the author didn't have any other adjective except for F***. definitely takes away from the story