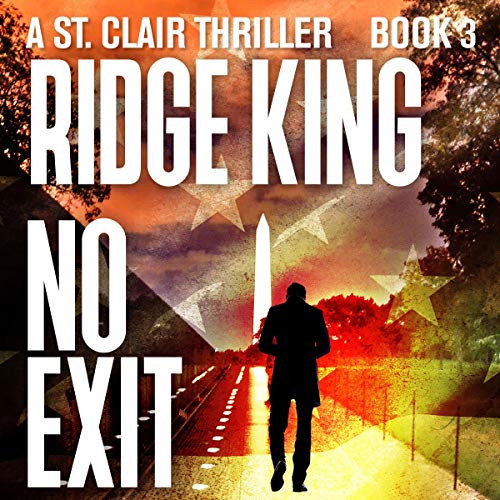 Written by: Ridge King
Narrated by: Lance Thorp
Try for $0.00

The deadlocked election forces the principal parties to Washington, as the intrigue deepens and the risks of exposure for those working behind the scenes becomes more dangerous.

Jack follows his dad to the nation’s capital in an attempt to help him win the prize of the presidency, even as a case involving a sunken narco-sub with $65 million on it pulls him toward the Florida Keys, where renegade DEA agents are seeking to recover the cash.

The lone Congressman-elect from Wyoming, the young and handsome Matt Hawkins, also comes to DC. He, least of all, is aware of the forces at play that will converge on his single vote as the stakes increase and the crucial tally narrows.

He has no idea when he makes a friend of Jack on the handball courts of the Capitol that this one friendship may save his life. Or how a stolen kiss exchanged with socialite Patricia Vaughan will alter his life forever.

This brutal fight for the presidency, in a thrilling story of ruthless political blackmail and intimidation, takes listeners on an electrifying political thrill ride!

What listeners say about No Exit