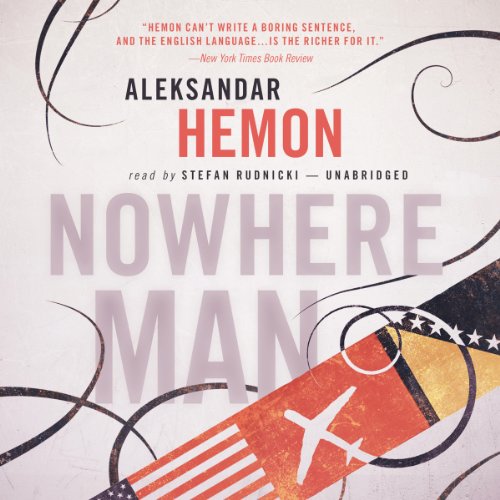 Written by: Aleksandar Hemon
Narrated by: Stefan Rudnicki
Try for $0.00

Aleksandar Hemon, author of The Question of Bruno, one of the most celebrated debuts in recent American fiction, returns with the mind - and language -bending adventures of his endearing protagonist Jozef Pronek.

A native of Sarajevo, where he spends his adolescence trying to become Bosnia's answer to John Lennon, Jozef Pronek comes to the United States in 1992 - just in time to watch war break out in his country but too early to be a genuine refugee. Indeed, Jozef's typical answer to inquiries about his origins and ethnicity is, "I am complicated."

And so he proves to be - not just to himself, but to the revolving series of shadowy but insightful narrators who chart his progress from Sarajevo to Chicago; from a hilarious encounter with the first President Bush to a somewhat graver meeting with a heavily armed Serb whom he has been hired to serve with court papers. Moving, disquieting, and exhilarating in its virtuosity, Nowhere Man is the kaleidoscopic portrait of a magnetic young man stranded in America by the war in Bosnia.

What listeners say about Nowhere Man

the narrator does a great job navigating the different characters and accents.
he really brought this story to life!

What made the experience of listening to Nowhere Man the most enjoyable?

I enjoyed the characters. The change in focus, tense and characters....but then I again felt like I had been dropped off a cliff, story-wide when the book ended. Much like book #1. I guess that is what I must expect in future books from this author? Leaves me wanting the next book--and fast!!