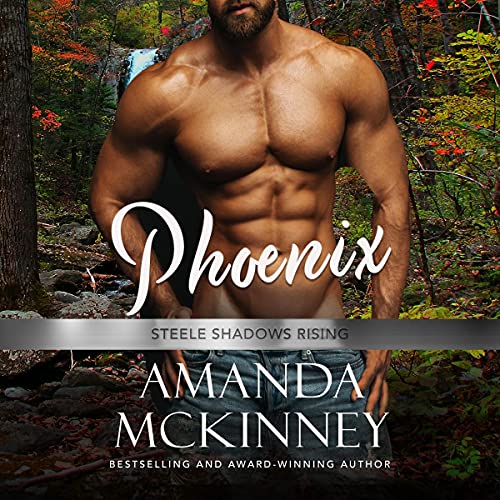 Written by: Amanda McKinney
Narrated by: Trevor Murphy
Try for $0.00

A man who cheated death.
A woman hired to pick up the broken pieces.
And an obsession strong enough to kill for.

They told him he’d been given a second chance at life. Told him to count his lucky stars, to stop and smell the roses. Kind of hard to do when your body is bound by chains and cuffs. That’s what it felt like, anyway, when Phoenix Steele woke up from his coma to a life full of restrictions. Once known around town as the fearless, indomitable heir to the Steele fortune, the former Marine was suddenly labeled unstable, short-tempered, and loose cannon. Unwilling to accept his issues, Phoenix instantly clashes with his assertive therapist - the town’s most eligible bachelorette.

No one knew overcoming the odds like Dr. Rose Floris. Determined not to be a statistic, Rose lived her life under carefully constructed routines—until a gruesome murder and a series of mysterious events reveal she’s become the center of a madman’s obsession. Suddenly, Rose’s world is turned upside down and she finds herself under the watchful eye of her new patient, a broken man she’s been warned not to trust.

As the tables begin to turn on their client-patient relationship, Phoenix realizes he must battle his own demons before he can save anyone, including the woman who’s become his own obsession....

An obsession he’d kill for.

Phoenix is a stand-alone romantic suspense (no cliff-hanger!).

What listeners say about Phoenix

Really good but a few things were missing ...

I really liked this story just as much as I did his brothers stories. But it was like the author forgot she paired all three of his brothers off. None of their ladies were mentioned and it was implied a time or two that they were still being playboys ??? This was confusing. Phoenix fell into his coma in the middle of all three of his brothers finding love. Also there wasn’t a mention of Dallas their stepmother or Celeste there kinda adopted sister. Both had pretty story bending rolls in Gunners book. So that was disappointing but all in all not a bad story and I think Phoenix was my favorite brother.