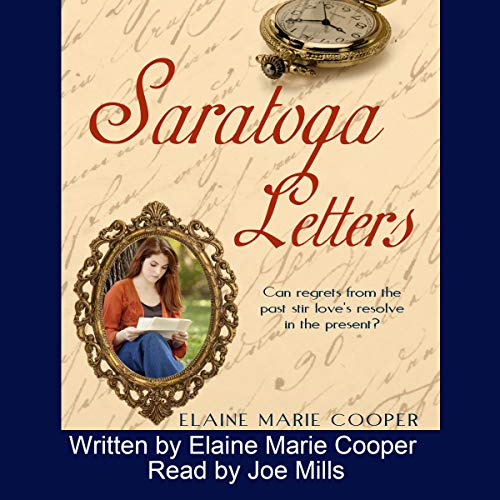 It is 1777. The Battle of Saratoga, a turning point of the Revolutionary War, encourages the American Continental Army with their first great victory. But there seems little to celebrate for one patriotic woman forced to nurse wounded British soldiers right in their war camp. Thrust into deception by a cruel Loyalist uncle, Abigail lies in order to survive, all the while dealing with doubts that challenge her faith.

Two hundred years later, on the anniversary of the Battle of Saratoga, thousands arrive from Europe and the US to celebrate the event, including descendants from the war. One young American, Abby, meets the offspring of a British soldier. When she is threatened, Abby turns to the only person she knows at the event: her British ally.

Can she trust him with her life? Or will he betray her in the same way Loyalist spies betrayed her ancestors? Perhaps letters from long ago will reveal the truth.

General content (G) (I): Contains little or no sexual dialogue or situations, violence, or strong language. May also contain some content of an inspirational/religious nature.

What listeners say about Saratoga Letters

I really enjoyed the story and the history included in this book. I enjoyed the dual timeline. There was even a twist I was not expecting! Well done! I enjoyed the British narrator although when he changed to the female high pitched voice at times it was not necessary. I would have enjoyed it if he had stayed in his voice. I like that it was a British narrator. This is the first book I’ve listened to completely. I definitely recommend this book.

Two wonderful stories, two hundred years apart, yet connected in many ways with letters passed down through the families. It makes me wish I had letters passed on from my ancestors! Maybe I'll have to leave letters with my kids in the hopes they will pass them on. It's amazing how much history can get lost in a two hundred year period. I highly recommend Saratoga Letters by Elaine Marie Cooper for those who love historical fiction and two timelines, she did a beautiful job with this book, and I will definitely be reading or listening to more of her stories! This Audible Book was narrated by Joe Mills. I enjoyed his accent, he did a great job when narrating the male voices, and I thought he did a decent job when he had to imitate a female's voice. That's a hard task for males to accomplish. His inflections for thoughts and for prayers made it clear what was a thought and what was spoken. Overall I enjoyed the story and the narration.

I love dual time stories and this one does not disappoint. Two sweet but tension-fraught romances 200 years apart. Strong, relatable characters and good stories. Suspense, faith, and a good love story, what more could a reader ask for! Lots of Revolutionary war history including some from a British point of view. I listened to a complementary audio version of the book and Joe Mills does a great job narrating, making for an enjoyable listening experience.