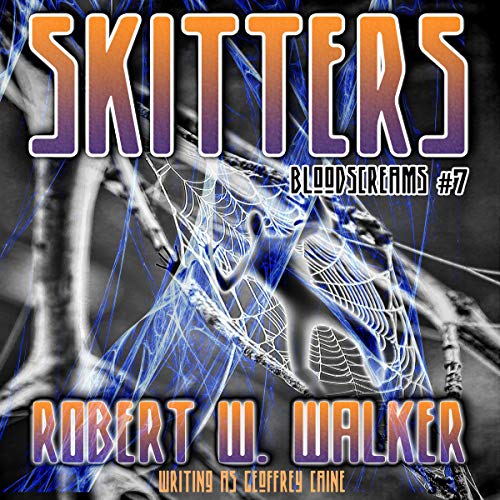 Spiders consume 400 million tons of prey every year, so when Abraham Stroud, archaeologist and vampire slayer, who has had run-ins with werewolves, zombies, and other fantastic creatures uncovers a coven of ancient spider men, a race that has visited Earth before, found in Northwest Georgia living in caves and tunnels, he must act.

These are a predatory race of creatures first seen in ancient Japan and wiped out there; found again in Egypt and wiped out there. Persistent as any arachnid, they have returned, and Stroud, who knows no fear, goes after this horrid race that mimics mankind and is working toward fitting in with us while they feed on us. Stroud goes in with mercenaries and powerful weapons, but the Tsuchimugo, as the Japanese called them, are a vicious and evil lot, clever and cunning, and their webs are powerful.

What listeners say about Skitters