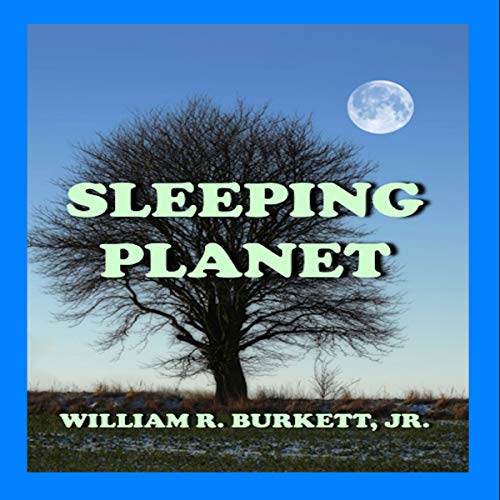 The Encyclopedia of Science Fiction described this as a “hard-edged” tale of the 24th-century conquest of Earth by an alien empire the humans had judged too stupid to pull off such a coup.

Only a handful of humans escaped the effects of a mutated narcoleptic drug that put humanity into protracted hibernation. The battle to liberate Earth is fought by those few with the aid of a vengeful ghost called “Gremper” by the aliens.

The action is fast and furious, while the genius general of the invading fleet goes slowly insane at the disruption of his well-laid plans.

A classic reprint of a sci-fi masterpiece.

What listeners say about Sleeping Planet

I first read this novel in 1967. As an impressionable 13 yo it fascinated me. I lost my copy in one of my family’s many moves, not uncommon to military families. I searched for more than 50 + years to find a copy for my children. I cannot tell you how excited I was to find it on Audible after all these years. Then I started to listen to it… I do not know where they found Nathan Bakker but He is the worst excuse for a narrator I have ever listened too. He reads with the enthusiasm of a sloth! His pronunciation is horrible. I would hope the producers find someone else to narrate this fine novel in the future.

I read this in the 1970s, and was happy to see it on Audible. It's a fun invasion / adventure story with quite a few moments of dark (and some not so dark) humor. The writing is quite good, and the characters are interesting and have depth.

The narration is an emotionless, uneven monotone. It's like someone reading a phone book. I eventually got used to the awful delivery after a while and was able to concentrate on the story, but it was never very good.

I liked the story in the abridged form, wanted to experience the full story. Narrator sounded as if he had not seen the text, before he started recording. His flat reading and mispronounciations, were greatly distracting from the story.